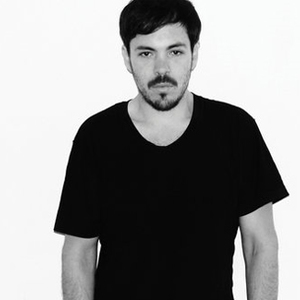 Sante (Genevieve Yaa Asantewa Ofori) was born in Brent, North London; she relocated at the age of 4 to Ghana, West Africa. It was In Ghana where Sante's passion for music flourished. Born into a musical family, her father was one of the founding members and lead vocalist of a group called the Blackbeat and her mother was an active member of many church choirs, with this influence and the opportunity to take piano lessons from a young age, Sante started to create a sound of her own.

Drawing a lot of musical inspiration from classic soul artists, such as Roberta Flack, Dionne Warwick, Lionel Ritchie etc. Sante discovered her love for composing. At the tender age of 13 she started to write her own songs, and went on to perform at various school variety shows, but her drive and passion for music was too strong not to pursue it as a career. With her cover versions of popular songs by the likes of Mariah Carey, and Mary J. Blige, not only did Sante improve her vocal ability, but found her popularity was increasing rapidly, as people gained a sound appreciation of her musical talents.

All of Sante's songs are inspired by her life, everything she writes depicts the way she thinks and feels, as she draws upon happy and testing parts of her past and present experiences, all of which have contributed to some of her emotionally charged lyrics.

Sante relocated to the UK at the age of 20, where she formed the group "Pakof3" along with former secondary school friends Mr. Max and Kay B. Together as a group they have performed at a couple of Ghana Independence day gigs, several clubs across England and Ghana Youth Parties. Even though Sante was still heavily involved with Pakof3, she furthered her own solo song writing ability, and continued recording her own solo material, with songs like, Still, Misconception, Perfect Tragedy and a touching song written specially for her mother, all of which have been received well and our favourites amongst fellow supporters.

To date Sante has performed at various locations, including several open mic sessions, Ghanaian Showcases, and more recently Poetry in Motion at the Motion Bar in Embankment London. She continues to perform and her audience is steadily growing in their appreciation of her work.