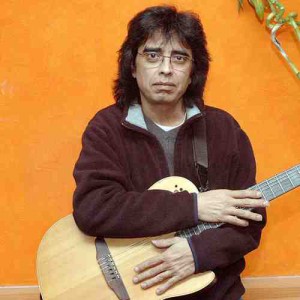 Guitarist-composer Sanjay Mishra has been described as a brilliant and innovative musician. Born In India and residing in the United States, Sanjay plays with an eclecticism well suited to his multicultural background. After completing his studies at The Peabody Conservatory of Music in 1985, he began composing music that combined Eastern and Western influences. In an interview with The Washington Post, he explains "I come from a tradition that has a lot of improvisation. Sometimes Western classical music can seem a little rigid, I had to find some middle ground."

Sanjay first came to public acclaim for his album "Blue Incantation" with guitarist Jerry Garcia of The Grateful Dead. It is one of Mr. Garcia's rare collaborations in his late years and represents some of his last works.

Sanjay has also composed music for films. His score for the French film "Port Djema" won for "Best Original Score" at the Hamptons Film Festival in New York. The film was awarded the Silver Bear at the Berlin Film Festival '97. Variety gave "A special nod for Sanjay Mishra's hauntingly beautiful score."

Sanjay's music has been released on Polygram-Philips, Ryko, Putumayo, Melodia and other labels.
He is published by Alfred, The National Guitar Workshop, Rykomusic and Akar.
He also publishes and records on his own label Akar Music. distributed by CityHall Records and Festival in Canada