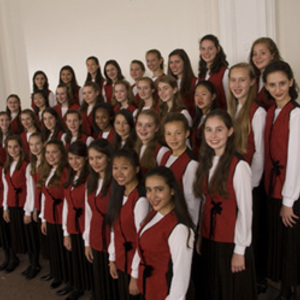 Founded in 1978, the San Francisco Girls Chorus has become a regional center for choral music education and performance for girls and young women ages 7-18. More than 300 singers from 160 schools in 44 Bay Area cities participate in this internationally recognized program, deemed ?a model in the country for training girls' voices? by the California Arts Council. The organization is comprised of seven choruses: Chorissima, the concert, recording, and touring ensemble and an Alumnae Chorus, both conducted by Artistic Director Susan McMane; the four-level Chorus School training program...

The organization is comprised of seven choruses: Chorissima, the concert, recording, and touring ensemble and an Alumnae Chorus, both conducted by Artistic Director Susan McMane; the four-level Chorus School training program, supervised by Director Elizabeth Avakian; and a Preparatory Chorus for 5-7 year olds. The Girls Chorus has won many honors, including the prestigious ?Margaret Hillis Award? in 2001, given annually by Chorus America to a chorus that demonstrates artistic excellence, a strong organizational structure, and a commitment to education. The Chorus has also won two ASCAP awards for Adventurous Programming, in 1999 and 2004.

Each year, the dedicated young artists of Chorissima present season concerts, tour nationally or internationally, and appear with respected sponsoring organizations, including San Francisco Symphony and San Francisco Opera. The Chorus has been honored to sing at many prestigious national and international venues, including the World Choral Symposium in Kyoto, Japan, in 2005. In March 2006, Chorissima was featured at the American Choral Directors Association Western Division Convention in Salt Lake City. In July 2007, Chorissima represented North America in the prestigious World Vision Children's Choir Festival in Seoul, Korea, and in the Gateway to Music Festival at the Forbidden City Concert Hall in Beijing.

Known as a leader in its field, the San Francisco Girls Chorus was honored in 2001 as the first youth chorus to win the prestigious Margaret Hillis Award given annually by Chorus America to a chorus that demonstrates artistic excellence, a strong organizational structure, and a commitment to education. Other awards include two ASCAP awards for Adventurous Programming in 2001 and 2004.

The Chorus School offers a program of unparalleled excellence, designed to take young girls from their first introduction to the art of choral singing through a full course of choral/vocal instruction. The comprehensive music education includes the study and development of choral artistry, vocal technique, music theory, music history, and performing style. The graduated curriculum is divided into four levels of achievement, carefully designed to increase technical skills, stamina, and discipline in accordance with the chorister's age and physical development. The discipline, teamwork, and concentration young girls learn in the Chorus School rehearsals and performances instill in them the values necessary for high achievement in music and in life.

The Chorus' discography continues to grow. In November 2006, Chorissima released a new CD entitled Voices of Hope and Peace, a recording that includes many exciting SFGC commissions. Other recordings include: Christmas, featuring diverse holiday selections; Crossroads, a collection of world folk music; and Music from the Venetian Ospedali, a disc of Italian Baroque music of which the New Yorker described the Chorus as ?tremendously accomplished.? The Chorus can also be heard on several San Francisco Symphony recordings, including three GRAMMY? Award -winners.

Voices of Hope and Peace