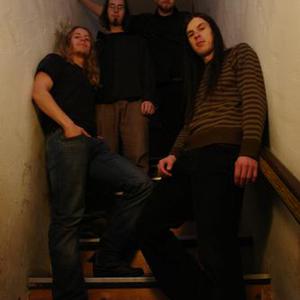 Samsara Blues Experiment are a Berlin based psychedelic rock band, founded in Summer 2007 by leadguitarist/singer Christian Peters. They went through several changes in the first period but are in constant line-up since September 2008 featuring Hans Eiselt (guitar), drummer Thomas Vedder and Richard Behrens (bass). As the band name implies, three elemental aspects are to notice - the blues as the foundation where it all comes from, the inclusion of spiritual influences accompanied by Indian/raga music and the experimental approach to mix up varied elements in a convincing manner.

The band's songs are dominated by a playful dual guitar work as well as a passionate blend of heavy psych, stoner and space rock. This is provided with several nuances and transitions in between - quite retro styled, jamming, even sometimes worked out with a repetitive hypnotic touch in the tradition of krautrock. The band produced two appetizer EP's and intensively toured Europe as well as the US-Westcoast in order to reach for the appropriate condition to record a full album.

One With The Universe

Waiting For The Flood (EP)