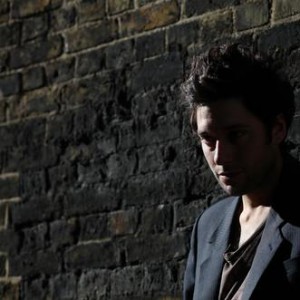 Sam's music has a unique modern sound; a heady mix of soulful vocals , heartfelt passionate lyrics with tinges of blues, country, folk and soul, all played with a vitality that is fast becoming his trade mark style: truly unique and beautiful. After being taught to play the guitar at the age of 11 by his musical Father, Sam's big break came after meeting KT Tunstall in a Willsden Park, a meeting that led to him becoming her guitar player for her world tours 2004 ? 2009. He has also performed with Tom Baxter , Duffy and Dani Sicilliano.

After some 5 years on the road with KT Tunstall, Sam took a year out do some shows and to write and record a debut album of his own.
His debut album ?Everything You Are? was released in 2007, and includes ?Another Lifetime? featuring KT herself on vocals. The album received a 4-star review in Mojo, BBC online, Americana monthly and Q track of the day.
Starting with a support slot for legendary folk guitarist Bert Jansch at the Roundhouse, Sam played lots of support slots and gigs throughout the year. Highlights include Harvest at Jimmy's festival and a half hour slot with Janice Long on radio 2.
The followup album ?The City and I? is due for release in 2012, has seen Sam once again working with fellow musician and producer Chris Morphitis , it was a journey which took the influences and inspiration that helped shape the intimate ?Everything You Are? to a whole new arena of sound. Now not limited to an acoustic set up and recording in a bedroom, the new album takes on a much bolder and energetic sound.
Influences on this album were plentiful including Sam's involvement in a very exciting collaboration that saw a select few London musicians making the trip to Kenya to record with traditional musicians for Gilles Peterson's Brownswood Recordings. The record features Damon Albarn and is out now.
Sam will be performing the new songs live throughout 2012 with very special guest appearances from his father Dave Eaton, Mara Carlyle and other special guests along the way too.

Catch Sam Lewis live if you can.

For up to date Sam Lewis info and news please visit Sam online at :

Sam Lewis can be contacted through Simon Foster of Key Music Management.


please note :
Sam is not the same person as Sam Lewis (Ones a long time and Christmas is here.) They are two very different people!!