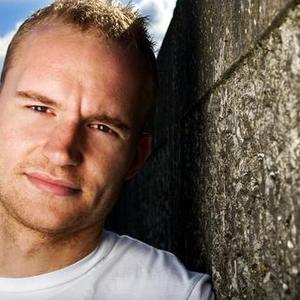 Every now and again a DJ / Producer comes along who demands some attention. Tipped by iDJ Magazine as ?one to watch' in 2007, Sam Ball is one of these. Aged Just 24, Sam is the latest gem to be brought to the forefront of Kents growing list of up and coming DJ's and producers. Sam is no stranger to the scene having been one of Club Class's residents for over three and a half years alongside Nic Fanciulli.

His debut EP on Urbantorque Recordings ?Double Vision' hit number 4 in the DJ Download Top 10 and reached 3rd spot in the Juno electro chart. It wasn't a fluke. Like many aspiring producers Sam cites house and techno legends such as Laurent Garnier, Sasha and Nathan Coles as influences, but rather than mimicking, Sam is forging his own sound blending house, techno and electro to create music with depth and thrust, energy, intensity and emotion.

After witnessing a legendary performance from Sasha & Digweed at Club Class, Sam was inspired to buy his first decks and teach himself to mix, this enthusiasm was to work in his favour. In 2001 his undoubted potential was promptly brought to the attention of Club Class promoters Serg and Greg, At just 18 years old, Sam earned his first set at Club Class by meeting Serg's dare to get his tongue pierced, and only two sets later he was made an official resident....he has never looked back since.

Sam has also appeared on ITV DJing in the Joy Of Decks competition. Handpicked from 300 from a panel consisting of Mr C, Sister Bliss, Roni Size and Tom Middleton, Sam made it to the final ten. The final was battled out in Jon Carter's pub The Lock Tavern, where Sam was narrowly edged out. Nevertheless this highly publicised competition further illustrated the fact that Sam was up there with the best of new talent in the UK.

In addition to his Club Class commitments Sam has played all over the UK and abroad, taking in some of the worlds finest venue's. Sam launched his own party in London called Undercurrent held in old school basement venue Bar54 in Shoreditch, already getting a hedonistic name for itself with guests such as Terry francis, Serge Santiago, Luke Solomon, Funk D'Void, Silver City Buckley and Jim Rivers.

Since the beginning of 2007, Sam's productions have fast become a favourite in the box's of DJ's such as Laurent Garnier, Sasha, Digweed, Nic Fanculli and many more. Hernan Cattaneo recently proclaimed ?Sam Ball is on fire at the moment!? It's not just Hernan whose been getting excited about Sam either; his ?Stealth EP' (Urbantorque) has also caught the attention of DJ's as varied as Sander Kleinenberg, Andy Caldwell, John Aquaviva and Mason.

Momentum's really been building for the young Brit, who recently played back-to-back with Nic Fanciulli at Club Class' packed 10th Birthday celebrations in Maidstone, a dream come true for the local boy, at which he impressed DJmag who came down to review the night, and the Radio One crew who were recording the evening for the Essential Mix show.

Sam has now produced and remixed on many labels in addition to Urbantorque Recordings, in the UK and internationally, building an illustrious portfolio of club destroying tracks, particularly his 'Carbon' track on EQ Grey. Leading to his producer profile spot BBC Radio One's Trophy Twins after hours show.

In 2006 Sam turned heads and was identified as a promising talent, 2007 is the year in which he's set to deliver. With more killer releases on the way as well as remix projects, club dates with Club Class and other guest appearances, and the continuation of his own night Undercurrent, it's going to be a busy and productive year for the Garnier fan from Maidstone. One to watch indeed, certainly one to dance to.