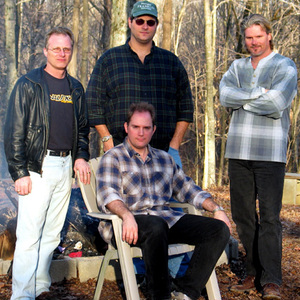 Salem Hill are an American prog-rock band in a similar vein to Spock's Beard and Kansas. In existence since 1992 they have recorded a total of nine excellent albums (including the live Puppet Show). All are of very high quality and recommended to fans of the aforementioned bands. They did actually split in 2002 but were encouraged to continue by the number of fans who took up an invite to join them for an evening of music.

A number of their albums are concept albums - Catatonia is a concept album "depicting the internal journey of a man born without the ability to dream". The Robbery Of Murder is about a man who hunts down the drunk driver responsible for running down his father when he was a boy.
Their CD, Mimi's Magic Moment features guest appearances from Neal Morse, David Ragsdale of Kansas and Fred Schendel from Glass Hammer and is highly recommended. They recently released their eighth studio album, Pennies In The Karma Jar, on the surface it appears to be a "praise and worship" album, but like everything with Salem Hill it is much deeper than that. Carl Groves' exceptional guitar playing, introspective lyrics, and love affair with the Hammond dominates their latest work.

Pennies In The Karma Jar

The Robbery Of Murder