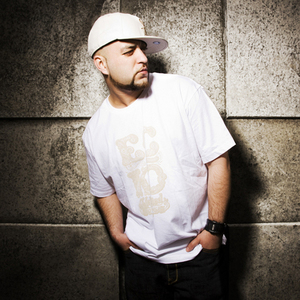 Salah Edin, named after the Muslim warrior who defeated Richard the Lion Heart in the crusades and conquered back Jerusalem, is determined to bring back the essence of music to where it originally came from, Arabia. As Hiphop is swiftly taking over the world, the Arabic world is opening its doors to Hiphop music. One of the most prominent and successful artists in Arabic Hiphop is Salah Edin, the eminence of poverty.

As Hiphop is swiftly taking over the world, the Arabic world is opening its doors to Hiphop music. One of the most prominent and successful artists in Arabic Hiphop is Salah Edin, the eminence of poverty. Intrigued by the influential power of Hiphop he made it his craft in the early ?90's. After a brief career in English, Salah left the English language for what it was and returned to his mother tongue of Darija Arabic as spoken in his country of origin Morocco.

Mohalim, the wonder child producer who has produced all of Salah Edin's music since 1998 is responsible for the distinct Salah Edin sound, an innovative and unique contribution to Hiphop embedding the Arabic sound like never heard before.
In 2003, Salah Edin met with Moroccan Wu-Tang Clan member Cilvaringz and soon after Salah signed an exclusive management deal with the Ringz & Partners Entertainment Group. The deal included live performances in 28 countries as the opening act of a variety of prominent Hiphop artists including the second leg of the Cilvaringz & RZA World Tour which became the biggest international world tour in the history of Hiphop (37 countries).

Salah Edin performed his music to over 75000 concertgoers and despite the language barrier, he managed to become the ultimate highlight of each concert. From Santiago to Jakarta, from Moscow to Kuala Lumpur, from France to Romania, Salah Edin broke the house down and attracted many new fans including prominent artists like IAM, Outlandish, Cheb Khaled, Black Eyed Peas and even Lenny Kravitz.

December 2005. After appearing on albums by Outlandish, Idols Finalist Hind Laroussie and others, Salah Edin completed three intensive years of recording his debut album ?Horr' slated for release in 2006. A list of 76 songs was cut down to an incredible 18 song track listing. Horr, which means ?Pure' displays a variety of topics as experienced in the Arabic world.
From domestic violence to street poverty, from dramatic love stories to the hatred sparked by the Israeli/Palestinian conflict, from politics to religion and from clubbing to escaping your country, nothing remains untouched on ?Horr'.

Known for his constant writing attitude and challenging character, Salah immediately began work on his Dutch album entitled ?Nederlands Grootste Nachtmerrie (Holland's Biggest Nightmare)'. For this highly anticipated album Salah turned to producers Barracuda, Jeremiah and Dr. Dre's right-hand man Focus who had already produced a string of music for world renowned artists such as Beyonce, Destiny's Child, Jennifer Lopez, The Game, Tony Yayo and many others. ?Nederlands Grootste Nachtmerrie' is also scheduled for release in 2006.