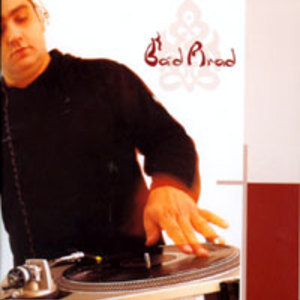 SAID MRAD is a music lover,born in lebanon,and his career in the music scenes dates back to 1990 when he first started as dj,playing in the most famous nightclubs around lebanon such as JET SET,OPERA,and GOTHA. Through the years,he acquired an admirable sense for music,and became well known as "one of the best djs in the middle east". In 2001 he produced his debut album "1001 nights" and was released in the middle east in april 2001 and was named the "best selling arabian album ever" in history of arabic music.

This huge success made SAID MRAD release another album in 2002 "SAID MRAD PLAYS BALIGH HAMDI" and also was a huge succes making it one of the best selling albums in the middle east.The success of his second album made WARNER to sign him and release the album in Europe in the summer of 2002 also.

In 2003 he made his 3rd album " another 1001 nights" and was named best selling album in 2004.
since his success in Europe ,the 2 companies lunched his album worldwide and he has been touring the globe since 2002.

He played in several famous clubs in europe such as,"MILLENIUM in MARSEILLE","BUDHA-BAR,BARIO LATINO,NIRVANA
LOUNGE in PARIS,
COLONIAL in THESSALONIKI-GREECE,PRIVATE BEACH in IBIZA,GURU-BAR in AYIA NAPA,as well as the most famous clubs
in DUBAI,EGYPT,JORDAN and CYPRUSS.

He is now preparing his forth album which will be launched "february 2005" with EMI WORLD-WIDE.
He made 2 compilations albums through MUKTA MUSIC :GURU-BAR,THE GIFT OF LOVE 1&2" and as always the 2 albums
where big success in the midle east and europe.
Known as "the remixer" and "the founder" of "the ORIENTAL BEAT" SAID MRAD made several remixes to world famous
super stars:
RICKY MARTIN:ONE NIGHT MAN
DESPINA VANDI:GIA
SAKIS:OLA KALA
and he appeared in QUINCY JONES RECORDS"THE COSBY SESSIONS:REMIXES" ,the track is "UNITED"

He has 3 video clips to date one for1001 NIGHTS,2nd for NEBTEDI MNEIN EL HIKAYA,3rd for NASSAM ALAYNA EL HAWA
and there is 2 on the way:one for AALA HISBI and the 2nd
"U WANNA MIX IT?".

The Orient Beats Back: 2001 Nights