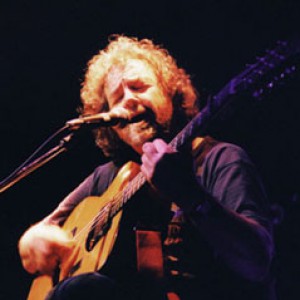 Andy Irvine is one of the best and most important Irish folk musicians of the modern era. A founder of the band Sweeney's Men in the 1960s, he went on to form Planxty along with fellow Irish folk icon Christy Moore. After Planxty's demise came Patrick Street, a less influential but no less virtuosic ensemble that continues to perform and record today, more than 20 years after its founding by Irvine and brilliant fiddler Kevin Burke, who also remains in its ranks.

An accomplished bouzouki player and guitarist, with a gorgeous tenor voice, Irvine has a repertoire that mixes Irish traditional songs; beautifully crafted originals such as "My Heart's Tonight In Ireland," a remembrance of his Sweeney's Men days; well-chosen work by other contemporary Irish songwriters; and the odd Americana selection -- from Woody Guthrie in particular.

Rain On The Roof