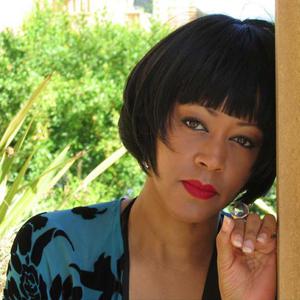 Sable Winters (born June 19, 1965 in Shreveport, LA and raised in Dallas, TX) is an American singer songwriter jazz vocalist, neo-soul singer and recording artist. In the summer of 1989, Winters was introduced to jazz and pop singer Sarah Vaughan at one of her final performances at an Atlanta, GA music festival in midtown Piedmont Park, which ignited a passion in her for singing vocal jazz. The quest to sing and perform led to visiting local venues and participating in open mic throughout the area.

In the summer of 1989, Winters was introduced to jazz and pop singer Sarah Vaughan at one of her final performances at an Atlanta, GA music festival in midtown Piedmont Park, which ignited a passion in her for singing vocal jazz. The quest to sing and perform led to visiting local venues and participating in open mic throughout the area.

While working full-time in the 9-to-5 corporate world, it would take another five years before Winters ramped up to a full-time pursuit of a professional music career. A relocation to the Washington, D.C. area brought forth opportunities at Blues Alley and other such venues, while her ultimate move to the San Francisco Bay Area finally saw her career begin to accelerate.

In 2004, joining and becoming a voting member of the San Francisco Chapter's National Association of Recording Arts and Sciences (NARAS, aka The Recording Academy) was a critical move toward being noticed in the music industry. Her voluntary efforts and contributions to the Special Events and Membership committees were key to accessing the resources necessary to effectively pursue a recording career and achieve growing name recognition.

Volunteerism proved both valuable and rewarding. Winters was twice nominated for a seat on the San Francisco NARAS chapter Board of Governors 2005-2007 (singer) and 2007-2009 (songwriter). Though not elected to office, her goal remains to evolve in her craft, record, write songs, contribute to music and recording education and show production.

Winters studied the great female vocalists and performers of the 30s right up to the early 60s. These critical influences included Mildred Bailey, Billie Holiday, Dinah Washington, Ella Fitzgerald, Nina Simone and the European sensation, &Eacute;dith Piaf. A jazz enthusiast, singer and cabaret performer, Winters has an appreciation of the free-flowing feel of neo-soul recording artists like Erykah Badu and Jill Scott. As for the jazz genre, Winters cut her teeth on classic Sarah Vaughan and the swinging beat of Peggy Lee and Carmen McRae. Like Vaughan, Winters prefers not to be categorized primarily as a "jazz singer" and enjoys the creative duality of delivering a divine song while in pursuit of sassy counter-expression.

Critical Reviews
Entered into two books written by author/critic, Maximillien J De Lafayette: "Entertainment Divas, Cabaret, Jazz Then and Now: Including World's Who's Who of the Greatest Female Singers of All Time" and "Living Legends and Ultimate Singers, Musicians and Entertainers: Volume II (H-Z) of World Who's Who in Jazz, Cabaret, Music and Entertainment"

I have always said fame is not categorically a sign of talent and a quality signature. Luck and propaganda play a role in creating idols and icons. In countries we have never visited and remote areas of the world forgotten by our vain civilization, there are obscure and unheard of singers and artists with unmatched talent, human warmth and unique virtuosity who steal your heart and force you to rethink and assess excellence prerequisites and talent criteria. This is the very case of Sable Winters, one of the most spectacular and accomplished Jazz singers of our time. Yet, very few of us had heard of Sable Winters, and only a handful of syndicated columnists wrote about her immense talent. This woman is as good as Julie London, Peggy Lee and Nina Simone. I was delighted to learn that AllAboutJazz wrote a piece on Ms. Winters.Source: Maximillien J De Lafayette