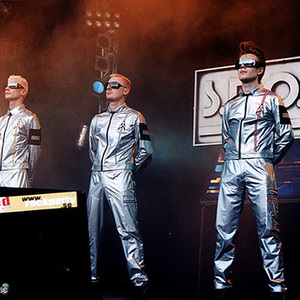 "Since S.P.O.C.K left their home planet Vulcan in 1988, the country of Sweden has been their permanent Earth base. With electronic sounds, brilliant melodies and science fiction inspired lyrics, S.P.O.C.K has produced some of the most astonishing space-pop ever in this galaxy. By performing frequently at clubs, Star Trek conventions, festivals etc. these popular aliens have built up a huge following of fanatic fans.

A Piece Of The Action cd01

A Piece Of The Action cd02

A piece of the action The Rest

A piece of the action Singles