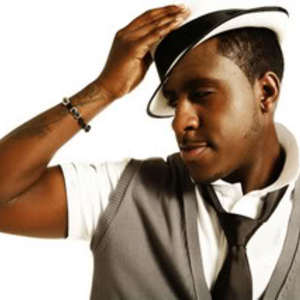 Ryan Toby (born November 26, 1978 in Willingboro, New Jersey, U.S.) is an American soul singer, songwriter and producer, best known as the baritenor in the group City High. He and his wife (fellow City High member Claudette Ortiz) have three sons (their middle child was actually fathered by New Jersey rapper Malicious Jynx). Toby first gained public attention when, at the age of 15, he appeared in the film Sister Act 2: Back in the Habit as 'Ahmal' James...

Toby first gained public attention when, at the age of 15, he appeared in the film Sister Act 2: Back in the Habit as 'Ahmal' James, a member of the kids' choir (along with Lauryn Hill), who steal the show with their performance of Joyful, Joyful, a song for which Toby wrote the rap part.

In 2001, Toby was asked to form a group by Wyclef Jean which became City High. Their debut self-titled album sold millions and was nominated for a Grammy Award in 2003. Toby married fellow City High member Claudette Ortiz on October 14, 2004.

City High disbanded in 2003, and despite several offers from major record labels, In 2007, Toby released his debut solo album, Soul of a SongWriter through a joint venture with Overflow Entertainment, his own independent label, and Mass Appeal Entertainment.

Trivia
In the movie Sister Act 2, the 15 year-old Toby was the one who sang the piercing whistle register note, an E6, in the scene where he and his choirmates perform a rendition of Oh Happy Day.

Soul of a SongWriter