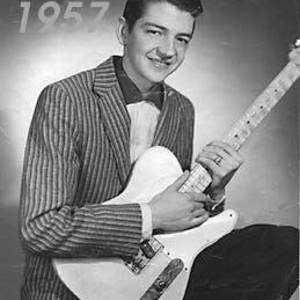 Rusty York, (born May 24, 1935 in Harlan, Kentucky) is an american musician and member of the Rockabilly Hall of Fame. Rusty York achieved Hall Of Fame status with his Rockabilly song "Sugaree." The rockabilly phase was a minor success, but by the 1960s, York had returned to bluegrass and country. He also began to cultivate an interest in the business end of country and in 1961 started building a studio in his garage.

By the early '70s York had retired from performing to concentrate on his Jewel Records imprint/studio full-time. Jewel continued to operate out of Cincinnati throughout the 1980s and '90s, and into the 21st century.