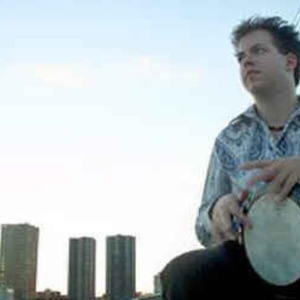 Ruben van Rompaey is turkish drums/percussion artist and drum teacher. He has been fascinated by drums and percussion since he was a child and started to play drums at a very early age. Along with his early passion for jazz, he developed a strong interest in ethnic musical styles and sounds. Ruben was constantly being inspired by the influential turkish multi-instrumentalist and musicologist, Yasar Saka. During his study at the Rotterdam Conservatory Holland, Ruben made interesting musical voyages to US cities like New York and New Orleans, where he immersed himself in the local music scene.

Ruben worked as a professional drums/percussion artist within well-known Turkish groups in Holland, including the Dostlar Band as well as being active as a jazz drummer. May 1999 Ruben won the Tama Drummers Award, and March 2000 he won the Erasmus Rotterdam Jazz Award, playing his own compositions. He has performed at a variety of international Jazz festivals, which has brought him to countries like Turkey, West Africa, USA and Japan. After having obtained his Master Degree (cum laude) in Drums and Percussion, Ruben traveled to Istanbul, Turkey, where he lived for a while and was classically trained by the well-known percussion master Alpay Dinletir. He was influenced by the playing of major Turkish percussionists like yasar akpence and mehmet akatay. Nowadays Ruben is very active as a professional drums and percussion artist and is working as a teacher at the departments of Jazz and World Music of the Rotterdam Conservatory, Holland.