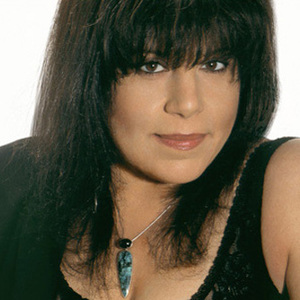 A child prodigy, Roxy started out fronting swing bands at the famous Glen Island Casino in New Rochelle, New York and performed her first major concert at the Shrine Auditorium in Los Angeles, California at age 9. In her early teens, she began fronting her own bands. By her late teens, she was working six nights a week with her 10-piece soul band at the Peppermint Lounge on 45th Street and Times Square in New York City.

It was there that she was discovered and did her first studio recording as a back-up vocalist. This led to her going on tour for four years with the pop-rock band, Dawn, representing their hits of the time. The band headlined concert tours with Kenny Rogers, The Carpenters, Rare Earth, Gladys Knight & The Pips, Iron Butterfly, The Nitty Gritty Dirt Band, Mike Nesmith, Mark Lindsay and many others. In the ?80's an EP was released on Personal Records, produced by Richie Cordell, which was high on the Billboard charts for two months.

Roxy launched her blues career in the late ?80's, when she quickly became known for her exciting live performances at clubs, concert halls and festivals throughout the U.S. and abroad and won her reputation as ?the real deal? through her riveting live performances and highly acclaimed CDs in blues and jazz circles worldwide.

As a recording artist, Roxy has performed, produced and written the material for four highly acclaimed CDs that have been added to classic female Blues artist lists on radio stations throughout the world. They are titled HI HEEL BLUES (Monad Records), ROXY PERRY, NEW YORK BLUES QUEEN (BluePerry Hill Records), BACK IN BLUESVILLE (BluePerry Hill Records), and her most recent CD, IN MY SWEET TIME (BluePerry Hill Records). Many of her original songs appear on compilation blues CDs. Her unique version of HOUSE OF THE RISING SUN appeared on the compilation album, PUBLIC DOMAIN (Purchase Records), which was nominated for a Grammy award. In 2006, BACK IN BLUESVILLE was awarded BEST SELF-PRODUCED CD at the International Blues Challenge in Memphis, Tennessee.

Roxy is also featured on a long list of Blues albums as both backup and featured vocalist. Blues legend Roscoe Gordon chose Roxy to sing three part harmonies on his entire last release that aired worldwide.

In 2007, Roxy was presented with the prestigious ARTIST OF THE YEAR award by the Westchester Arts Council, New York.

In 2009, Roxy Perry was officially recognized and inducted as a GREAT BLUES MUSICIAN from Westchester, New York and an AMBASSADOR TO NEW YORK in the BLUES HALL OF FAME?.

Media recognition over the years has been extensive, notably a cover story and 6-page interview in the international magazine, BLUES ROCKS THE WORLD, and stellar reviews in DOWNBEAT, BLUES REVUE, BLUES MATTERS, and many more.

Roxy's music has been featured on the legendary KING BISCUIT HOUR, and the HOUSE OF BLUES RADIO HOUR hosted by Elwood Blues (Dan Aykroyd). The syndicated radio program, PORTRAITS IN BLUE, which profiles Blues legends and rising stars, produced an hour-long feature on Roxy Perry. This historic documentary airs regularly on NPR stations. Her music continues to be heard regularly on MUSIC CHOICE, DIRECT TV, hundreds of radio stations, web and podcasts around the globe. Roxy can also be heard around the globe as host to her weekly on-line radio program, NEW YORK BLUES-BIRD, broadcast on KCOR kconlineradio.com.

In My Sweet Time