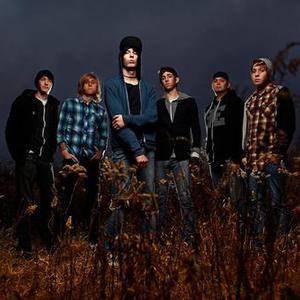 Rosaline holds true to the consonant aggression and honest authenticity of the early 2000 melodic post hardcore movement. Their sounds, and more importantly their musical cognition are comparable to the undeniably impacting, harmonious and heart felt intensity of The Changing of Times, Full Collapse and The Satellite Years era. Concentrated musical thinking behind each song provides a glimmer of light shining through for fans of true, orchestrated, and meaningful melodic hardcore in the dim, watered down forest of often meaningless independent music today.

Assigning labels to bands often allows fans of music and critics alike to give an instant stylistic description as well as a frame of reference for a certain sound. Often these labels contain the all too familiar "post" followed by a genre, such as post-punk or post-hardcore. Let's not forget the all too familiar "o" tags, like screamo and emo. While it is sometimes claimed that a band's style defies typecasting, usually those claims end up proving more rhetoric than gospel. Rosaline, a 6 piece outfit from Chicago, is a glowing example of the rare exception to the norm. Their ambitious song writing and organic melding of styles effortlessly thrust their sound far beyond the limitations of genres.