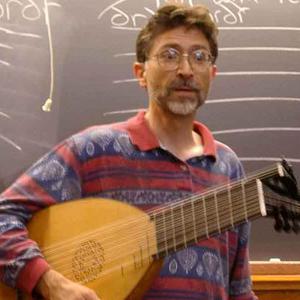 Ronn McFarlane is perhaps best known in his role as a skilled lutenist in The Baltimore Consort, but he holds his own as a soloist. Born in West Virginia, but reared in Maryland, McFarlane came to learn the guitar after hearing the riffs of the popular tune "Wipeout." With rock guitar as his foundation, he found himself turning his studies to classical guitar. After graduation from Shenandoah Conservatory and further studies in classical guitar at the Peabody Conservatory, he eventually decided in 1978 to make the lute his instrument of choice.

He has been a member of The Baltimore Consort since 1979, and returned to Peabody Conservatory in 1984 as a faculty member. He remained there until 1995, teaching lute and lute-related courses. In 2009, the recording release Indigo Road (Dorian Sono Luminus label) was nominated in the Grammy Awards classical crossover category. This was the first recording featuring his all original compositions for lute and in 2010 released another all original recording entitled One Morning which formally introduced the band Ayreheart, which is the group of musicians dedicated to performing the original songs and instrumentals written by McFarlane. He currently lives in Portland, Oregon and extensively travels North America and abroad to perform and to lead master classes.