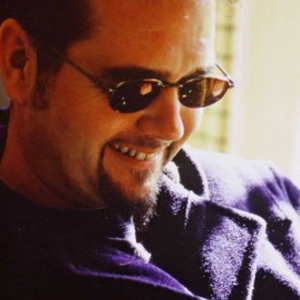 Andrew White originally from Newcastle-upon-Tyne, moved to New Zealand when he was 16 and quickly established himself as one of NZ's top guitarists and singer-songwriters. He released his first album, Conversations, in 1984 and was immediately signed by the US label Narada Records. So far, he has recorded nine, including Islands, a collaboration with 1995 Grammy-nominated artist David Arkenstone. Following a live broadcast on BBC Radio Scotland, he was snapped up by Linn Records and recorded Guitarra Celtica, a stunning instrumental album featuring 16 hauntingly beautiful original tracks.

His latest recording and Andrew's first vocal album, Pray For Rain, features such artists as Karen Matheson (Cappercaille), Michael McGoldrick (Afro Celt Sound System), and Brendan Power (Sting, Ray Charles). Released on the independent Scottish label Vertical Records and produced by Capercaillie founder Donald Shaw, it is a skillfull recording with a unique mix of styles, stregthened by Andrew's brilliant guitar playing and soulful vocals. Worldwide, over 1-million copies have been sold of albums including Andrew's own compositions.

The Heart Of The Celtic Guitar