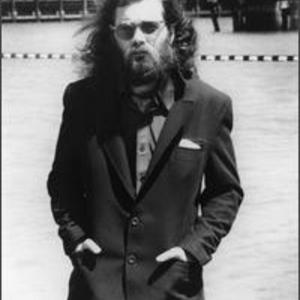 Roky Erickson (born Roger Kynard Erickson on July 15, 1947) is an American singer, songwriter, harmonica player and guitarist from Austin, Texas. He was a founding member of the 13th Floor Elevators, who are considered to be the first band to ever use the word "psychedelic" to describe rock music. See also Roky Erickson & the Aliens and Roky Erickson & The Explosives. In 1969 the band were all arrested for possession of marijuana and Roky was incarcerated in Rusk State Hospital for the...

In 1969 the band were all arrested for possession of marijuana and Roky was incarcerated in Rusk State Hospital for the Criminally Insane where he reportedly underwent electroshock therapy and was placed on Thorazine amongst other controversial treatments. Many claim he has never been the same since. Sadly in the intervening years record execs and managers displayed the bad side of the music business and took full advantage of his condition often leaving him living in poverty while they hoarded all the cash.

In 2001 Roky's youngest brother, Sumner Erickson (ex-tuba player for the Pittsburgh Symphony Orchestra), was appointed his legal guardian and an improvement in Roky's faculties has been reported since, leading to a return to live shows.

An excellent documentary on Roky, "You're gonna miss me" (2005), chronicled his troubled life - his schizophrenia, incarceration for possession of a joint, and talented and eccentric family.

True Love Cast Out All Evil (With Okkervil River)

I Have Always Been Here Before (The Roky Erickson Anthology) CD2

I Have Always Been Here Before (The Roky Erickson Anthology) CD1

Hide Behind The Sun

All That May Do My Rhyme

You're Gonna Miss Me-Best Of

You're Gonna Miss Me: The Best of Roky Erickson