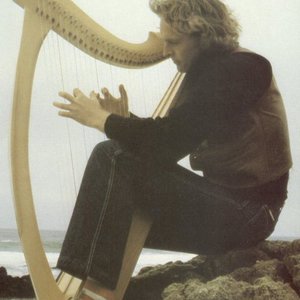 Born in the early 1940s and brought up in Edinburgh, Scotland, Robin became a mainstay of the whimsical psychedelic folk combo The Incredible String Band in the late 60s and early 70s. He moved to California and formed the Merry Band in the 70s, following more Celtic roots directions in his music. By this time, he had already contributed to over a dozen albums, toured widely and written fiddle and penny whistle tutors. By the 80s, Robin was concentrating on harp music. The Incredible String Band still seems to be an on-going project, even if not full time.

Trusting In The Rising Light

Just Like The River And Other Songs For Guitar