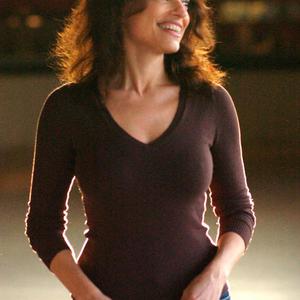 Roberta Gambarini was born in Torino, Italy, into a family where jazz was much loved and appreciated. She began listening to this music as a child and started taking clarinet lessons when she was twelve years old. By the time she was 17, she began singing and performing in jazz clubs around Northern Italy and at the age of 18, she decided to move to Milan to pursue a career as a jazz singer. Soon after her move to Milan, still in her teens, Roberta took third place in a national jazz radio competition on TV, leading to performance opportunities at jazz festivals throughout Italy.

Soon after her move to Milan, still in her teens, Roberta took third place in a national jazz radio competition on TV, leading to performance opportunities at jazz festivals throughout Italy. She has performed in Jazz broadcasts on the Italian radio and TV channels and recorded since 1986 both under her own name and as a guest. In 1997, she worked with French Hammond organ player Emmanuel Bex, touring jazz clubs throughout Italy.

In 1998 she moved to the United States with a scholarship from the New England Conservatory in Boston. Two weeks later, Roberta stunned many in the jazz world with a third place finish in the Thelonious Monk International Jazz Vocal Competition.

Since then, she has performed with Michael Brecker, Ron Carter, Herbie Hancock, Slide Hampton, Roy Hargrove, Jimmy Heath, Hank Jones, Christian McBride, and Toots Thielemans, amongst many others, and has performed at Kennedy Center, Lincoln Center, Town Hall and Walt Disney Concert Hall, and jazz festivals around the world such as Barbados, London, Monterey, North Sea, Toronto, and Umbria.

A dynamic performer with virtuosic vocal chops, she draws rave reviews and enthusiastic fan support wherever she performs. And shes done so with no hype and to the astonishment of many no domestic releases. Until now: on June 6, 2006, GROOVIN High will release Robertas North American debut, Easy to Love.

You Are There (With Hank Jones)