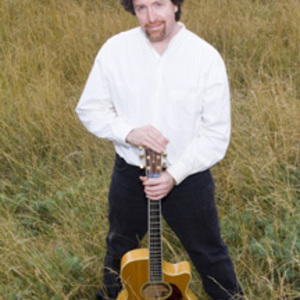 Since permanently leaving his corporate environmental engineering career in 1996, award-winning folk and Americana artist Andrew McKnight's (www.andrewmcknight.net) musical journey has traced nearly half a million miles of blue highways nationwide, and earned him a wealth of critical acclaim and enthusiastic fans for his captivating performances and recordings on the independent Falling Mountain Music label.

McKnight was born July 25, 1964 in Plainfield, Connecticut. Putting himself through Connecticut College (B.A. Chemistry 1989) and graduate school at UMass/Amherst (M.S. Environmental Engineering, 1992) by moonlighting in rock and blues trios shaped his musical sensibilities. It was during graduate school that he first encountered the "New Folk" acoustic singer/songwriter culture, and was deeply influenced by the work of Shawn Colvin, John Gorka, Bill Morrissey and Patty Larkin, among the many who made western Massachusetts a regular tour stop.

After graduating, he moved to northwestern Virginia to work for the environmental engineering and consulting firm CH2M HILL. Living at the foot of the Blue Ridge and time to spend with his Martin MC-68 acoustic guitar inspired his songwriting, and his performances at local open mics and showcases led to a deal with area independent label Falling Mountain Music and the release of his 1995 debut CD Traveler. Produced by label founder, virtuoso guitarist and composer Michael DeLalla, the CD included two of his enduringly popular songs, his ode to family farming "Dancing in the Rain" and "Atchafalaya", a whimsical look at man's efforts to control the Mississippi River. His tour itinerary continued to expand to farther reaches of the country, and he devoted himself to it fulltime at the end of 1996.

1998 saw the release of his sophomore effort, Where This River Runs, framing McKnight's compelling story songs in organic lushness of vocals and acoustic instruments. His first of many recording collaborations with original Nitty Gritty Dirt Band member Les Thompson, River features performances by old-time fiddle virtuoso Bruce Molsky, singer/songwriters Tom Prasada-Rao and Susan Graham White, as well as his waltz, "Shenandoah Moon" and his dark ballad about the polluted Pigeon River of east Tennessee, "The Other Way". His songwriting and performances earned him invitations to the prestigious New Artist Showcases at the 1999 Falcon Ridge Folk Festival and the 2000 Kerrville New Folk competition.

Throughout his career, McKnight's songwriting and storytelling have been fueled by his passion for community and causes such as preserving American landscapes and heritage, many of which can be found on his third CD Turning Pages released in 2001. Pages includes the haunting Civil War ballad "The Road to Appomattox", the "Diary" of Thomas Jefferson and Sally Hemings, and "Company Town", which also opens the acclaimed Moving Mountains: Voices of Appalachia Rise Up Against Mountaintop Removal Coal Mining compilation CD released in 2004.

His first post-9/11 release, 2005's Beyond Borders, tackled universal themes of love, loss and his own personal spiritual journey. The result was a wealth of critical acclaim, including one of five Finalists nominated for Americana Album of the Year Finalist in the Independent Music Awards, and selection of his "Good Things Matter" as Winner of the Great American Song Contest (Acoustic/Folk). Borders also expanded McKnight's musical boundaries to incorporate global sounds, courtesy of world beat percussionist N. Scott Robinson as well as myriad collaborations with string wizard Danny Knicely. In addition to his strong signature songcraft such as the "blues-grass spiritual" "How High the Mountain", the poignant "Hard Times in the Heartland" and "When the Maples Turn", and the O Brother Where Art Thou? stylings of "Rust on My Halo", the CD also includes his first spoken word and improvised music ("Do You Hear Them?") as well as his first rendition of an old-time fiddle tune ("June Apple").

While he has toured as a solo singer/songwriter and guitarist since 1994, he is a musician first and foremost, in the mold of John Mayer or Darrell Scott. Whether solo, duo or with his band, the foundation is always McKnight's stellar songcraft and captivating storytelling. Collaborating with three other musicians and Thompson on the recording and arranging, McKnight's musical maturation reached new heights on his 5th CD Something Worth Standing For.

Something is a coherent and compelling portrait of contemporary America, released in 2008 and heavily inspired by his foray into fatherhood. Spanning haunting blues, feisty anthems, rustic folk, and a bit of swing while drawing inspiration from music legends like The Carter Family, Robert Johnson and Woody Guthrie, McKnight paints many colors with his supple tenor and acoustic and electric guitars. He focuses on threads in the American tapestry through the lens of illegal immigrants ("These Shoes"), of ordinary people clinging to lost treasures of their past, and of those praying for loved ones to safely return from war ("Safe Home"). Notable are the rollicking Cajun-meets-Clapton title cut, ?Times We're Living In,? a haunting indictment of the forces that coalesced behind Katrina, ?Wind Whispers Your Name,? an a capella elegy for a fallen soldier, and ?Bridges,? a beautiful meditation on the cycles on parenthood co-written with Mary Chapin Carpenter's keyboardist Jon Carroll. And honoring the ?folk process,? McKnight updated lyrics to the traditional ?Worried Man Blues? as well as to Robert Johnson's ?Crossroads,? the spooky solo slide blues that closes the album.

The Shenandoah Valley-based performer often shares his talents for worthy causes, such as benefit performances for a community radio station in Massachusetts, an at-risk youth mentoring program in California, a food bank in suburban Seattle, and for the Sierra Club's Inner City Outings program in several cities. Those passions, and the thoughtful ways he expresses them, have drawn legions of fans who sustain his independent career.

In the early 90s McKnight grasped the power of the internet to grow and connect with a loyal listenership, and his career has blossomed largely through their "efangelism" instead of the traditional elements of the music business. Many friends and fans even host concerts in their homes for 30 to 50 listeners, venues he refers to as ?safe houses on the folk underground railroad?.

In addition to those house concerts, his musical resume includes a wealth of small theaters, music festivals, and some of the nation's premiere intimate listening rooms. Highlights include the John F. Kennedy Center, Mountain Stage NewSong Festival, South Florida and Boston Folk Festivals, Chattanooga Riverbend Festival, and the 1996 Atlanta Olympics. His music is heard on hundreds of broadcast and internet radio shows worldwide including National Public Radio affiliates, XM Satellite, and the nationally syndicated "River City Folk" and "The Midnight Special";. He is a frequent guest musical presenter at Unitarian church services across the U.S..

Andrew McKnight has produced or performed on recordings by many different artists, been a contributing writer for Blue Ridge Country and Americana Rhythm magazines, and is a sought-after clinician for songwriting and music business workshops.

Something Worth Standing For

Where This River Runs