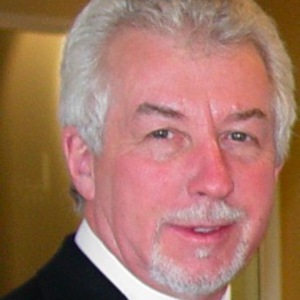 Robert J. Walsh has created and produced award-winning music for film, television, and the record industry for over 20 years.
He has produced over 250 albums on various labels, garnered three Emmy nominations, scored over 50 animated and live action domestic and Network television series - and his music has been featured in literally thousands of movies and TV series around the world.
This includes feature scores for companies like Lionsgate Entertainment, Warner Bros, Orion Pictures, Hemisphere Ent., Marvel Ent., Hanna Barberra, Hemisphere Ent., Live Entertainment, Stu Segal Productions, Paramount Television, Stan Lee Films, and many other companies.
He has been the personal composer for Friz Freleng, Jim Henson, Stan Lee, Glen Larson, Lee Gunther, and many top film and tv producers.
In the mid-seventies, Rob had a group called Happy Day in Chicago ? they had several top twenty records in the Midwest. He then moved on as the guitarist in the Jesus Christ Superstar New York road tour for 3 years. His manager Hal Zeiger brought him to Los Angeles to work on his first album release after the tour closed. Having arrived in Los Angeles he formed strong alliances with some of the top up-and-coming artists in town, and his studio and reputation as a musician-engineer -writer-producer flourished.
He became musical director/composer at Warner Bros. Animation in the early 1980's for Friz Freleng, then went to Hanna-Barberra with Friz for one series - and then went on to score virtually all of the shows at Marvel Animation in their heyday, including Spiderman, GI Joe, Transformers, My Little Pony, X-Men, Dungeons & Dragons, and dozens of TV series.
During his tenure as Musical Director at Marvel, he worked closely with Jim Henson in creating the music for children's shows like Muppet Babies and Fraggle Rock.
Rob was the founder and creator of one of the The Hollywood Film Music Library record label, which was sold to the world's largest music library conglomerate, FirstCom Music in Dallas, Texas in 1994 - and is currently owned by Universal. It has since become one of the most-used and most successful music libraries in the world.
Rob still writes, produces and deliver several albums per year for The Hollywood Film Music Library, as well as other music library companies and record labels.
In 1987, Rob also designed, and built what was to become the top animation post production facility in Los Angeles: ScreenMusic Studios, located in Studio City, Ca. Many animation shows have posted there, including Little Mermaids, Ninja Turtles, Ren & Stimpy, the Rugrats, etc. He sold that business to the world's largest pharmaceutical company (Senju, a Japanese conglomerate) in 1990. Today it is owned by Frank Zappa's family.
These days, Rob has his own state of the art digital scoring/mixing studio located in Encino, California. He has worked with many of the top stars in the record business, creating new tracks and albums, is extremely comfortable with live orchestral scores as well as contemporary sampled music techniques.
From this pastoral, relaxed, and creative location overlooking a guitar-shaped swimming pool, he continues to score shows and produce soundtracks for many of the industry's top producers. Directors find this relaxed, cutting-edge studio a wonderful facility within which to work, previewing new soundtrack cues to picture and fine-tuning Rob's tracks to achieve ultimate results in film and tv scoring.
The facility encompasses a Protools HD-3 station, a digital automated console, a 9-foot 1080p HD Digital Projection room with 5.1 surround sound - and has accomodated ADR, sound fx editing, sweetening and mixing for many top film directors and producers.
His more recent works have been several new animated net series, produced by Rob's long-time friend Stan Lee, the creator of Spiderman, X-Men, Silver Surfer, etc - and several features over the last year or two for Lionsgate Films. He has recently completed new original scores for the Harry Potter DVD game, as well as Transformers, Scooby-Doo, and the Berenstain Bears.