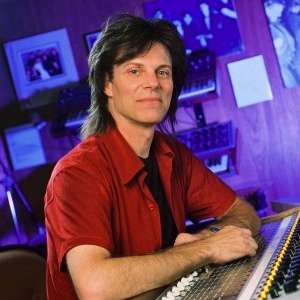 Robert Berry is a San Francisco based guitarist, vocalist and producer with Magna Carta Records. He has performed with Hush, 3, Ambrosia the teaming of these two mega talents was forged by long time childhood friend Patrick Rossi who was also a friend of the band Ambrosia since the middle 70's and it was always a teaming that he felt would fit perfectly for both talents musical tastes and stylings, Alliance, and dozens of sessions and tribute albums to bands such as Rush, Pink Floyd, Genesis, and Jethro Tull.

The number of tribute albums done in this fashion has led to criticism from various sources, including Neil Peart of Rush, that they are in fact cover albums, not tributes.

Berry's name came into the spotlight in 1988, when he teamed with Keith Emerson and Carl Palmer (of Emerson, Lake & Palmer fame) and formed the band Three. Their only album, To the Power of Three, drew many criticism due to its sleek, radio-frendly and overpolished 80's sound, considering the progressive pedigree of both Emerson and Palmer. Also, the album was (unfairly, perhaps) compared with previous 1985 ELP-derivative Emerson, Lake & Powell outfit, which also launched a sole album, but performed better in critical and commercial terms.

As time has passed, the album has been reevaluated and has found better acceptance in prog rock circles.

Pilgrimage To A Point