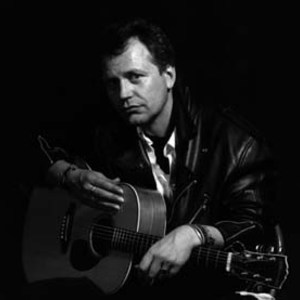 Robb Johnson, is an, acoustic, singer-songwriter from London, United Kingdom and is known for his mix of political satire and wit. He has his own record label, Irregular Records, and has released more than 25 albums either solo or in several collaborations. Johnson began his musical career playing in folk clubs in the 1970s and ran a folk club at Sussex University, before forming a band called Grubstreet, which split up in 1983.

Johnson began his musical career playing in folk clubs in the 1970s and ran a folk club at Sussex University, before forming a band called Grubstreet, which split up in 1983. In 1985 he made his first solo album, setting up his own label on which to release it, before forming an agitprop group, The Ministry of Humour, with Mark Shilcock and Graham Barnes. After the break-up of this act and a failed attempt at forming a new electric band, he returned to performing solo and also formed a duo with female singer Pip Collings. Since then, Robb has worked with a variety of bands with friend and fellow songwriter Leon Rosselson, as well as solo.

His career continues to the present, and he has been seen in pubs, clubs, pavements, pickets, benefits, arts centres, festivals, local radio, BBC Radio 3, Radio 4, Belgian Radio 1, Nicaraguan TV and Channel 4, the Albert Hole in Bristol, as part of Roy Bailey's 1998 concert, and the Albert Hall in London. He also plays extensively in Belgium, Holland and Germany. He has also toured in Britain supporting Chumbawamba, and the United States with David Rovics.

In 1997 he composed the song cycle Gentle Men, based on the experiences of his grandfathers in the First World War. The song cycle was recorded by Johnson in collaboration with Roy Bailey, and performed at the commemorative Passendale Peace Concert, where the musicians were a jazz combo, led by Belgian jazz legend Koen De Cauter, and he subsequently toured it successfully in Britain.

Robb's album Metro (released September 2005) featured piano accompaniment by the late Russel Churney, who had previously worked with Julian Clary, Barb Jungr and FASCINATING AIDA. Again, the album received widespread praise in both music and national press: ?unquestionably classy... excellent songs [that] show again what a fine, if provocative writer Johnson is? (The Daily Telegraph). In 2006 he was a special guest at the BBC's "Folk Britannia" concert at the Barbican Centre.

His label Irregular Records has also facilitated releases by a variety of song-orientated artists, including an album celebrating the work of Jacques Brel that has done much to focus a renewed interest in the chanson genre. He has translated several of Brel's songs and performed concerts celebrating Brel's life and work. Robb has also co-written "Woman", a biography of Yoko Ono, published by Chrome Dreams.

Man Walks Into A Pub

Saturday Night At The Fire Station