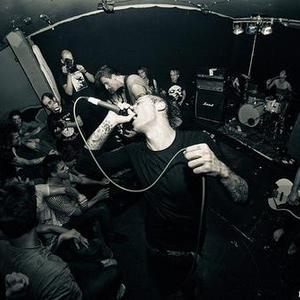 
1. Ritual is a Hardcore/Punk band from Recklinghausen, Germany. Ritual started out in 2005.

2. Ritual is a Swedish progressive rock band.
Ritual was founded after Br&ouml;d failed.

3. Ritual is a British heavy metal band from London, England; formed in 1972. They are often mistakenly referred to as ?Widow?, as the cover of their 1983 album ?Widow? gave no indication of the band name.

4. Goth punk band Ritual started in 1979 and were one of the first goth punk bands but never got the same recognition as Sex Gang Children or Southern Death Cult. Prior to their first official 7", Ritual released a six track demo tape. They also recorded tracks for an LP called "Songs For A Dead King" but it was never released.

5. Ritual is a black metal band from Los Angeles, California; formed in 1994. They were one of the first bands of that genre in the USA. The original lineup consisted of Ian Fleming, Mike Pardi and Robert Nusslein who went to jail for vandalizing a church in Glendale, CA. They released a few demos before three studio albums on Wild Rags Records; "The Summoning", "Demonic Winter Metal" and "Soldiers Under Satan's Command". The band split up in the late 90's and have recently re-grouped. A new album is in the works to be titled "The Resurrection". The only remaining original member Ian Fleming also formed another band Ian Fleming & The Secret Agents. http://www.myspace.com/ritualblackmetal/

6. Ritual is a power/groove metal band from Cornwall, Ontario, Cananda.

8. Ritual is a death metal band from Caerphilly, South Wales, in the United Kingdom. Formed in 1988.

9. Ritual is a Death metal band from Na?ice, Croatia.

10. Ritual was a 80s heavy metal band from Belgium.

12. Ritual is an metal band from Londrina, Brazil, best know for their song "Senhor das Trevas", formed in the 80's.

15. RITUAL is the disgusting abomination resulting from a meth-fueled black mass.

16. Ritual is a new school hardcore band from Elowood, NJ. They had released only one album with 3 songs on it in 1993.

Glimpses From The Story Of Mr. Bogd

From The City To The Wilderness (EP)

Vallley Of The Kings