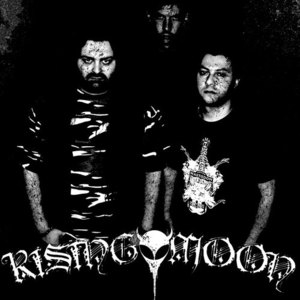 The band is born in the month of October of 1996, for hand of Angelo Raffaele De Innocentiis (guitars) and Carmine d'Annibale (drums) after the departure from the mother band ' Condanna '. Departing typically from a sound American and for their big love for the Swedish Death Metal two records the first entitled demo-tape ' Morituro ' gone out in the January of the year 1997, under the moniker of BODY GRINDER. The demo got a lot of positive criticisms abroad in country and buttocks, especially in the north-east European where he was distributed thickly and supported.

In the month of March of the same year they were contacted by the small Italian label 'Elegy Records' in Catania, so they went out respectively ' Hate From Heaven ' in the year 1998 and ' Area 51 ' in the year 2000, these bottom the moniker RISING MOON. The line-up of the band in these years followed many changes, many guitarists bassplayers and singers took over above all for when it concerns the aspect live but the members founders they remained always the same, still today in study they are always Angelo and Carmine that record their music. In the year 2000 decide to let go out a promo containing five songs entitled ' European Aliens ', this was reprinted then by thel Swedish label 'Metal Fortress Entertainment' in fully grown MCD digipack and distributed by same one, currently the contract with the MFE finishes with the exit of the third album of theirs it will decay recorded in the August of the year 2001 and that he will see the light in a short while, entitled '...For The Remained Time '.

During these years they are followed concerts and festival with Italian band what Stormlord, Novembre, Necrodeth, Inchiuvatu, Mortuary Drape... and in the month of October of this year they have entered for the first time of the ' Outher Sound ' Studios in Rome with the producer Giuseppe Orlando to record a demo destined to the labels of recording entirely. The demo 2002 contain three new songs that will go to compose our fourth album, from the anticipated title ' Almost Insignificant '. The contacts with the labels didn't miss, but however it brought the band to record another demo CD-R entitled simply ' demo 2003 '. It is very important because it marks the stable entrance in the band of Nicola (bassplayer) previously in line-up only for the live act. For the first time of theirs it will decay the Rising Moon they have a formation to three elements. The ' demo 2003 ' it receives good criticisms all over the world, in the month of September 2003 it is top demo on Eutk/Rock Hard (ITALY) and to the beginning of the new year 2004 bring us to the signature of the Finnish label 'Rising Realm Records'.

The Truth We Never Knew

...For The Remained Time