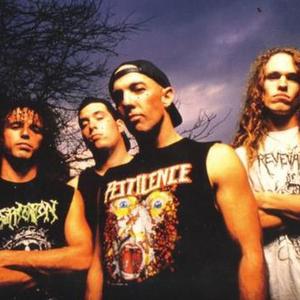 Ripping Corpse is a New Jersey based death/ thrash metal band. They released one album in 1991 before splitting up, titled Dreaming With the Dead. This release is widely regarded as an old school death metal classic by critics and genre enthusiasts alike, and is praised for its sinister mood, harsh vocals and complex yet focused songwriting and musicianship. Erik Rutan then went on to Morbid Angel and several of the other members formed Dim Mak whose debut album was engineered by none other than Erik Rutan himself.

The band recorded a final three-song demo in 1992 and also a new full-length album consisting of eleven songs which was never released as the band split up. Although they may not have reached the same levels of success and influence as many of their peers, Ripping Corpse remain revered by many.

This is the download link to the band's 1992 unreleased album. Enjoy!
http://www.mediafire.com/?b2z1zilzamm

Dreaming With The Dead