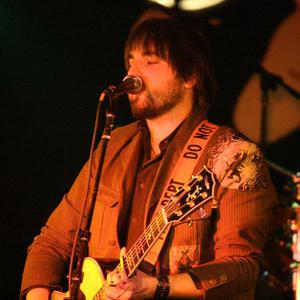 Rick Barry is a multiple award winning Songwriter and performer. In 2006 he became the first Folk musician to have two songs awarded in the final four by the John Lennon Songwriting contest. Also, in 2006 living legend Neil Young posted Rick's award winning song "Courage for a Rainy Day" on his website, listing it as one of the "top songs of the times." Prestigious New Jersey publications such as The Star Ledger, The Aquarian, and Upstage Magazine have called Rick "The Next Billy Bragg" and "A Local Legend".

In February 2007 The East Coast Rocker, a supplement of the Aquarian, New Jersey and New York's leading music publication featured Rick in a cover story citing that he was "Shrinking The Pond" in New Jersey. His appearance was the second cover to feature an unsigned artist in the magazines history. In June 2007 Rick's song "A Stupid American Song" was awarded 2nd place in the UNIsong international songwriting contest. In the time he has been performing live, Rick has acquired numerous Asbury Park Music Award nominations. The AMAs are comparable to the prestigious Boston Music Awards. Most recently he received his third consecutive Asbury Music award Win for top acoustic performer. During the past couple of years Rick has shared the stage with a myriad of national acts including, but not limited to, Pete Yorn, John Eddie, Nine Days, Amphibian, Joan Jett, Nada Surf, Glen Tilbrook, Mike Doughty, Roger Clyne and The Peacemakers. IN 2007 Rick performed in the round along side artists Pat Dinizio (the Smithereens) and John Easedale (Dramarama) at The 2000+ capacity, Starland Ballroom in Sayerville, NJ In August of 2005 Rick released his debut Rock/Pop LP SMALL TOWN POLITICS and embarked on a cross-country tour, performing in 25 different cities over the course of 3 months. Rick returned home nearly sold out of records and with an arsenal of brand new songs inspired by his adventures. He arrived back in New Jersey to be dubbed "a local legend" by the Star Ledger, New Jersey's largest circulation newspaper. Recently, Rick has headlined at the legendary Stone Pony and The Saint in Asbury Park and graced the stages at both Maxwell's and The Goldhawk in Hoboken. Rick is also a regular performer at such New York City venues as The Cutting Room, Bitter End and knitting Factory to name a few and Philadelphia's Grape St. Pub. Rick continues to develop as an artist, without leaving the original style that has defined him. With the combined efforts of melodic hooks, clever lyrics, and an emotional voice, he delivers performances that always prove to be both enjoyable and thought provoking experiences. Through the eyes of a colorful spectrum of characters, Rick spins tales of murder, addiction, love and existential dilemmas of all types. All of the songs, though told through different walks of life, produce the same undertone of characters locked in an eternal search for happiness and redemption. His music is conceptually unique and should not go unexplored by any who truly holds an appreciation for intelligent folk. Rick's latest record, "Declaration Of Codependence (the Solo Recordings of Rick Barry)" was released in late 2006 and has achieved great acclaim among the leading area publications. "courage For A Rainy Day" Grand Prize winner, 2006 John Lennon Songwriting contest. "Graphic Narrative" 2nd place, 2006 John Lennon Songwriting contest "A Stupid American Song" 2nd place, 2007 unisong international songwriting competition "Courage for A Rainy Day" finalist, 2007 unisong international songwriting competition Asbury Music award winner for "Top Acoustic Act" 2004, 2005, 2006 "A Stupid American Song" Nominated for Asbury Music award Song Of The Year, 2005 "Courage For A Rainy Day" Nominated for Asbury Music award Song Of The Year, 2006 "Small Town Politics" Nominated for Asbury Music Awards Album of the Year, 2005 "Declaration of Codependence" Nominated for Asbury Music Awards Album of The Year 2006 Discography "Small Town Politics"- debut LP released August 2005 "Declaration of Codependence"-released 2007.