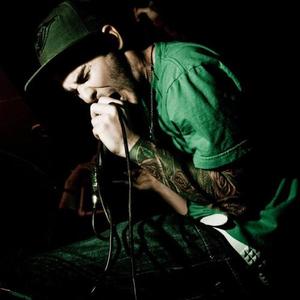 Richy Nix is a rapper/singer who was born in Windsor, ON on December 11, 1985. He learned to play piano at age five. Throughout his childhood he had many problems with family and the law. These factors are a direct influence for many of the songs he has written. In his high school days (1999), he met Kannibalistik (local Windsor rapper), who let him use his keyboard to learn how to play. He experimented with different beats and began writing lyrics.

He started off performing Horrorcore rap under the name 2iLL which soon-after was changed to Repulse. Eventually, the final name change was Richy Nix which he obtained while reading the book Killshot by Elmore Leonard. He released his first album entitled No Romance which was also written and produced by him. He also released three mixtapes with other local rappers in Detroit during the same time.

He soon became the #1 unsigned artist in Canada on the Myspace Music charts which led to him getting some attention on major radio station 89X (88.7 FM Detroit/Windsor). That gained the attention of Universal Music Group. He had just released his 2nd album called Love (Solo), which combined all the styles and skill gathered in both the hip hop and rock worlds. This was the origination of the smash hit, ?In My Head? which placed 8th out of 89 on 89X's Top Songs of 2009 due to its heavy rotation from the beginning of the year. His songs had a great response, and he broke the People's Choice record on 89X with 21 consecutive wins on December 8, 2008. This gained the attention of management company G&G Entertainment, who managed to work out a deal to terminate a previous indie contract, and got him signed to Universal Republic mid 2009. In 2010, Richy Nix released his 3rd album entitled "Note To Self EP".

He is currently set to play at Rock On The Range in Columbus, Ohio on May 22, featuring bands such as Bullet For My Valentine, Godsmack, Rise Against, Deftones, Rob Zombie, Limp Bizkit, etc.

Note To Self (EP)