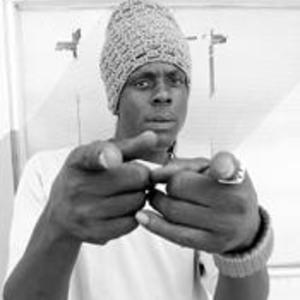 Richie Spice (born Richell Bonner on September 8, 1971 in St. Andrew, Jamaica) is a Jamaican reggae artist. He hails from one of the islands most renowned family of artists. The Bonner brothers consist of Richie Spice, Pliers from Chaka Demus and Pliers, Spanner Banner and dancehall DJ Snatcher Dog. Spice's first Jamaican single "Killing a Sound" was produced by Dennis "Star" Hayes. This was followed by "Shine" by ace Jamaican record producer/musician Clive Hunt.

Spice's first Jamaican single "Killing a Sound" was produced by Dennis "Star" Hayes. This was followed by "Shine" by ace Jamaican record producer/musician Clive Hunt. Spice also teamed up with Hunt for his debut album on the Island Jamaica Label from which came his first major hit "Grooving my girl". His sister, Bridgett Bonner for Bonner Productions Ltd, organized his second album. The album produced hits such as "Earth a Run Red", "Living Ain't Easy", Land of Jamaica "Time So Rough", the aforementioned "Grooving My Girl" and many others. This album, renamed UNIVERSAL is contracted to Heartbeat Records for further development and international exposure. Spice currently has a hot new album to be released early summer of 2003 called WORLD ROCK.

Having gained popularity in the mid 90's, Spice has performed at all major shows staged locally namely Reggae Sun Splash (a paid tribute by him to Bob Marley), White River Reggae Bash, Rebel Salute and many others. Spice has opened shows for the likes of Chaka Demus and Pliers, Spanner Banner and Rita Marley on extensive tours of Europe and the United States 1996-1997.

He again toured East North America from June to September 2001. His increased popularity has gained him spots at numerous venues. His most recent projects include performances at Sting held at Jam World St. Catherine (December 26, 2002) and Sting Miami (March 2003).

Richie Spice is a member of the Rastafari movement.

In The Streets To Africa

Spice in your life