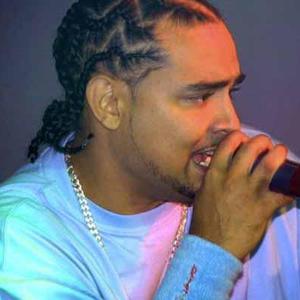 Artist Name: Richie Righteous Birth Name: Richard Ishmael Birth Place and Date: Guyana, May 17, 1978 Official Bio "When the bullet missed me yall; and it went and hit the wall; that wasn't bad aim; that was Jesus Christ." Held at gunpoint with thieves rummaging through their house, Richie experienced a world where people are harsh. His newborn sister's life was threatened and his father's life was endangered by thieves who believed that his father being a Pastor, would have much wealth. They were mistaken for they only left with his parents' wedding rings.


Official Bio
"When the bullet missed me yall; and it went and hit the wall; that wasn't bad aim; that was Jesus Christ."

Held at gunpoint with thieves rummaging through their house, Richie experienced a world where people are harsh. His newborn sister's life was threatened and his father's life was endangered by thieves who believed that his father being a Pastor, would have much wealth. They were mistaken for they only left with his parents' wedding rings. That night Richie saw the world through the eyes of a seven-year-old. In one night he saw fear, terror, tears, and God's faithfulness. Little did he know that bullets in various forms, whether they be criticisms, loss of relatives, disappointment, etc., would pass his way, but would miss him because of Jesus Christ.
Richard Mohammed Ishmael was born a Pastor's son in the country of Guyana, South America. His dad was the Pastor of a church called Eccles assembly of God. At around age 11 Richie and his family migrated to the United States where they settled in Queens NY. There Richie quickly fell in love with the hip hop culture which was rapidly growing in America. His dad started a church in Jamaica, Queens called Jamaica Assembly of God. In church Richie was active playing the drums. Although he was active in church he was being heavily influenced by the outside world. His actions with the kids in his apartment building and at his high school were not approved by his father. He even hung out in places where drugs were being heavily sold and guns were carried, fortunately Richie was never involved in a crime. In addition to this, he never smoked or drank. Richie hung with people that did not know God and even though he rarely mentioned God he still wished that they knew Christ. Richie's brother then purchased a keyboard and it was then that Richie started experimenting with it and started to write his own songs; solely hip-hop and reggae. He began to reach out to his friends through his music. Typical of teenagers, Richie began to feel that he knew everything and his father and him grew apart. And when Richie and his dad finally began to develop a relationship his father died in front of him. During this time Richie went through a time of sorrow and questioning. His faith in Christ took a strong blow; he was doing music but it was not "real" to him. He, during this time eventually went on to get a girl pregnant out of wedlock. Now he was faced with the decision of whether or not he should abort his unborn child. Concerns, fears and thoughts ran though his head: he was in the church and a known artist locally; how could he go about telling people that he got a girl pregnant? The choice of abortion seemed to be the best one but then God stepped in and said, "Enough!". God and Richie made an agreement that if he kept the baby, God would take care of the child. Richie from then on became Righteous and kept the child. Today his son, Sehven, is three years old and Richie is happily married to his son's mother, Sherry-ann Ishmael aka Lady Righteous. Now Richie, his wife, his son and newly born daughter minister the gospel wherever they go as a family. God has brought this Richie a long way and will continue to.
Today Richie Righteous is an MC who simply spits for the great- "I AM" and un-relentlessly tells what's "the real". His music transcends what's "normal", or "religiously accepted", he spits for Christ and Christ alone with no compromise. He has started a label known as Righteous Entertainment, whose goal is to "Flood the Market with the Gospel", a vision to take back music for Christ and flood the music industry and the world with the Gospel of Christ.

Exclusive Interview with GospelReggae.com
GospelReggae.com: What is the most valuable lesson that you learned from your Mom or Dad growing up that you still apply today?

Richie: My parents raised me to follow Christ and let him be the example of how to live. Today Christ is still whom I follow, and he is still the example that I look to.

GospelReggae.com: What has been the greatest mistake that you have made in ministry and learned from? How have you used this experience to change the way you approach ministry?

Richie: Its funny because one of my biggest mistakes turned to bring forth one of my greatest blessing. Time would not permit me to get into details but if you check out my bio you will understand.

GospelReggae.com: I know that you have written a whole heap of songs in the past, but what's your favorite one? Now, If that is too hard for you to answer, then tell me this; if you spent 5 minutes with an avid reggae fan and only had enough time to play them one of your songs, which one would you play them?

Artist: There is a song I recently recorded called "One" it is off the chain.

GospelReggae.com: What were the last 5 CDs that you put in your disc changer?

Richie: Chevelle Franklyn, Israel and Nu- breed, and a whole lot of beats. Sorry that's it for now.

Richie: I just started reading "Just as I Am" by Billy Graham and "Behold the Pale Horse" by William Cooper.

GospelReggae.com: What do you have to say about (or to) artists that started off in the Christian industry (CBA) doing gospel music and now sing secular (mainstream) with a watered down, or ambiguous message?

Richie: I would ask them "why did you make that decision?" This is something that has been happening for years and most Christians have their own opinions about it. I would love to hear what causes a lot of our talented to stop proclaiming their faith.

GospelReggae.com: Do you prefer being in the studio or on the road??

Richie: I love both of them. My studio experience at times is very frustrating becaase I don't have an engineer. I really need one badly.

GospelReggae.com: If you could whisper in the ears of youths aspiring to start a music ministry like yours, what would you say?

Richie: If this is what you are gifted in and good at and called to, then put God first--pray a whole lot, don't loose focus, work hard, stay in the word and don't quit.

GospelReggae.com: Why do you do music? What is your primary goal?

Artist: In the beginning of my career, I had many reasons why I did music, now I do it mainly as an evangelistic tool. Also I do it to strengthen those that are in Christ, so that they may hold on to Christ and never let go.

GospelReggae.com: Are you working on any future projects/releases that we should look out for?

Artist:I am working on my second album that is scheduled to be released in the spring of 2006. I have also finished a reggae compilation which is will be out in the fall of 2005. I also have many sermons and underground live shows that are available on http://www.RichieRighteous.com

GospelReggae.com: What is your philosophy of stage ministry? Is there any one message that you always want to leave with your audience with?

Richie: Stage ministry can become complicated if you don't have purpose for being on the stage. Most people step on the stage with several purposes, some might want the crowd to get hype, others might want to attract someone of the opposite sex, Some people even view it as just a job, others think this is their opportunity for superstardom, then there are those who just step on the stage and don't have clue why they are there. As for me, my purpose is always the Great Commission. I view the stage as a house that is on fire and there are people inside. I am an authorized firefighter and I have whatever amount time to go in and help save those lives. My time depends on the amount of time I was told I have on stage. Even though this a metaphor--it is the reality of what I d--I try to help save as many from the fire as I possibly can. My # 1 message to the audience is that Jesus Saves.

GospelReggae.com: What are the three things you enjoy most about touring? And least?

Richie: I have been on one tour before that took me away for about 20 days from my home. I do travel a lot now and almost every weekend I am leaving my home.T he three things that I enjoy are:

# 1. I enjoy seeing people accept Christ as their personal savior, and seeing those that are saved get inspired to do more for Christ.
# 2. I enjoy worshipping with other believers
# 3. I enjoy traveling to new places to see how other people live.

The three least things are:
# 1. I don't like to be away from my wife and two little children.
# 2. I don't like going to an event with a bad sound system.
# 3. I don't like not having a band or a deejay

GospelReggae.com: What is the best audience that you have ever played in front of?

Richie: I got to be careful how I answer this one because one audience might think I like them better than another. I have been in front of large crowds and very small cowds. I love them both. But the truth is I have learned over the years how to not look at the physical audience packed with people or not packed, but to remember that in the spiritual I am playing for an audience of One, and that is God. Just knowing that the King of Kings and Lord of Lords is watching and listening every time, who could ask for a better audience.

Ministry
"My desire is to fulfill God's will and to carry out the Great Comission."--Richie Righteous