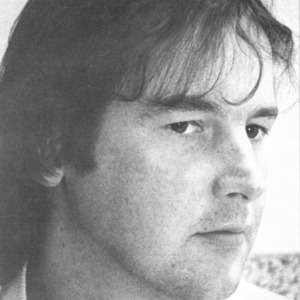 More than one Richard Harvey is noted as a musician. The first is a graduate of the London Royal College of Music, mutli-instrumentalist, founder of the band Gryphon, interpreter of Medieval and Renaissance music, and composer of soundtracks including Death of a President (2006), Luther (2002), Animal Farm (1999), and a collaboration with Hans Zimmer on the soundtrack to The Da Vinci Code. This Richard Harvey is currently touring as a duo with John Williams, playing recorders, pan pipes, percussion...

Another is a current electronic artist, real name Dean Cole, the name Richard Harvey was given so there could be a name tacked onto the appearances on Hawtin's Decks, EFX & 909, while Cole was trying to stay anonymous.

Yet another was the drummer of the band Divinyls.

Richard Harvey (1) was born in 1953, and studied a variety of instruments, mostly Medieval. After graduating, he joined MUSICA RESERVATA playing early music on period instruments including recorder, krumhorn, mandolin and keyboards. Along with fellow former student Brian Gulland he formed an acoustic band to play a mixture of early music and English folk music. This group became Gryphon. After that band broke up, Harvey began composing soundtracks for movies and television. His more than twenty scores include The Martian Chronicles (1980), Defense of the Realm (1985), Animal Farm (1999), Half Moon Street (1986), Luther (2002), and G.B.H. (1991). His most recent compositions include the soundtrack to Death of a President and a collaboration with Hans Zimmer on the soundtrack to The Da Vinci Code. He has collaborated or acted as guest player or arranger with Kate Bush, Gerry Rafferty, Gordon Giltrap, Elvis Costello (on the GBH soundtrack, for which they won a BAFTA) and others. He has worked on the Symphonic Rock projects. As a composer, he has written orchestral and choral music, including a guitar concerto written for John Williams.