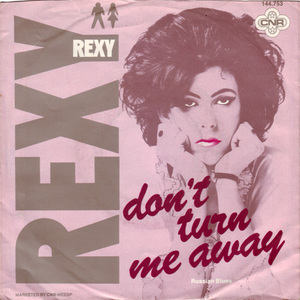 There are at least two artists called "Rexy": 1. A video game music remixer. 2. Rivvits-related, early 80s synth-pop. 1. Rexy (Bev Wooff) is a 19 year old remixer who shows frequent activity across many different areas of the remixing community, including OCR, VGMix, RPGamer and the Dwelling of Duels. She is a student at Liverpool in the UK, taking courses in IT and Music Technology. She was first given piano tuition at the age of 8 years old, and first got introduced to studio production at 12.

Since her first remix outing in June 2003 (Final Fantasy VII "Chinatown's Future") she has generated over 20 remixes for her audience to reach on to. In her free time she often enjoys taking time for artwork, writing, casual sports (mainly swimming and tennis) and web browsing. Her gaming passions often lie within the action/adventure field, and her favorite game is Crash Bandicoot 3. Her tools of the trade for mixing are Anvil Studio, WavePad and Audacity, and at her university she also has access to Cubase SX and Sony Foundary Vegas.

2. In 1979, Chris Burne of Rivvits collaborated with noted keyboardist Vic Martin (Eurythmics, Boy George), for a single on Alien records, 'Don't Turn Me Away.' The singer was a striking 19-year-old brunette, an art student at St Martin's college named Rexy, who simply spoke the vocals because she couldn't sing. The single was released in 1980, followed by a full-length LP, Running Out Of Time in 1981.

I'm A Maniac That Way