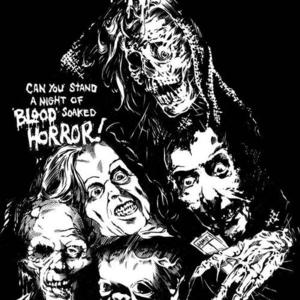 REVOLTING is the new band from Rogga Johansson(Paganizer, Ribspreader) which is dedicated to the absolute worship of late 80's Death Metal (Carnage, Grave) and HORROR/GORE films from the 1980's! With today's modern horror sucking beyond redemption and death metal being plagued by rap, emo, and fake boring "brutality", Rogga felt it was time to do a truly PURE and ugly, rotting, putrid Death Metal band for the love of it and to get back to the basics of what all of this madness is about anyway!

Teaming up with Razorback Records, the label known for their obsession with oldschool metal and horror, the name REVOLTING was chosen by Billy "Grossera" Nocera to reflect the gross, nasty, gory, and insane horror films from the 80's such as STREET TRASH, THE BLOB, REDNECK ZOMBIES, and other mutant gross-out fests that make life worth living!

The spirit of real Death Metal is alive and well, and REVOLTING is looking to keep the gory tradition going with the release of their debut album, "DREADFUL PLEASURES", sometime in 2008!

Beware...the Revolter has awakened from its decades long slumber beneath the crypt....and it's NOT happy at all with what death metal and horror has become! It's hungry, and ready to begin its grotesque assault on your senses and show the underground what REAL Death Metal is SUPPOSED to be about!

The Shadow At The World's End