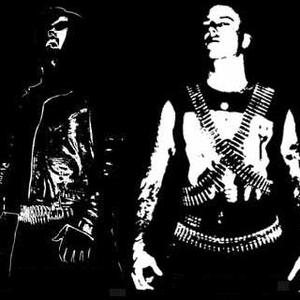 2. Revenge is a hardcore/punk/metal band from Western Massachusetts. Their songs focus mainly on complete and utter hatred for the human race and religion, done in a manner that resembles early powerviolence hardcore/thrash metal. They have one self titled, 17 song full length out on Frequency Deleted Records. For fans of Left for Dead, early Outbreak, and Heathen Nation.

3. Revenge is Technical Death Metal band from Jakarta, Indonesia.Started in 2006 by Auliya Akbar and Rifki Bachtiar,Revenge quickly became one of the most talked about extreme metal bands on the scene due to the band's potential to create an exceptional album, a young killer skill and live shows that left a hunger of more for fans.4 years blasted with an ultimate formation dual Shredder Guitars Raja Humuntar and Rabindra Oewen ,a bass eradicator Rizky Adityawarman , a sick blaster drum Auliya Akbar and a front vocal Rifki Bachtiar.

Revenge was a band formed by New Order bassist Peter Hook (vocals, bass, keyboards) and Lavolta Lakota and Rawhead singer Davyth Hicks (aka Dave Hicks) on guitar and vocals, and Chris Jones (keyboards). Revenge formed after New Order's hiatus in 1989-1990 and played their final gigs in January 1993. After the album One True Passion was written, the band was joined on stage by David Potts (bass and guitar) and Ash Taylor on drums.

The band toured the first album worldwide playing gigs in Europe, North and South America and Japan in 1991. It was after the Japan tour that Hicks decided to leave, quoting "musical differences", but more with the feeling of frustration over the direction of Revenge and his own desire to return to being lead singer. He formed Rawhead in Manchester and reformed the band in Scotland in 1993.

In May 1991 the band recruited new members Brian Whittaker (bass and guitar) and Mike Hedges (drums) who debuted at the Cities in The Park Festival. After completion of touring and promoting New Order's 1993 album Republic, Hook returned to Revenge with the intention of recording a new album. However, the band soon disintegrated and Hook retained the talents of only David Potts to form Monaco.

It has often been speculated that the band's name referred to Hook seeking revenge on Bernard Sumner for the latter's formation of the band Electronic with Johnny Marr. In fact, the name came from the word Revenge emblazoned on a leather jacket worn by George Michael in the video for his hit song, "Faith".

Metal Is: Addiction And Obsession