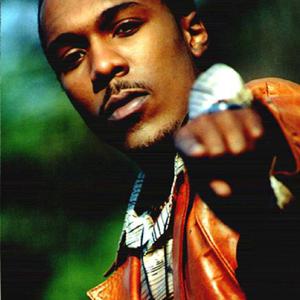 Wondrous World Records proudly presents Restine Jackson, a new producer, singer and songwriter that has burst onto the gospel music scene. Using fresh sounds, urban beats and an eclectic selection of songs, this young man has begun to capture the heart of a new generation of young people in a dynamic way. At the age of 22, Restine produced his first gospel project entitled ?Brighter Day?, which gained great success in a number of radio markets, including Washington, D.C.

Detroit, MI, Baltimore, MD and Tampa Bay, FL. It also received airplay in Europe, London, England and Toronto, Canada. I Command My Soul to Bless the Lord, from Restine's sophomore project, ?Praise Party ? Live In D.C.? gained popularity and received major radio airplay all across the country. Restine's third project is titled ?Restine Jackson ? Live at Living Waters? and is currently being marketed to radio.
When Restine appears on stage, his outstanding stage presence commands the attention of everyone in the audience and pulls them into participating with him as he dances across the stage. He has been described as a young Kirk Franklin and also the Michael Jackson of gospel music. Restine Jackson & Grace were recently featured in the Washington Post Newspaper by Hamill Harris, highlighting their unique style and awesome stage presence. Restine's highly energetic performances have won him thousands of fans who love his live concert performances. The group's performance credits include appearing in concert with national recording artists, Yolanda Adams, Vicki Winans, Dawkins & Dawkins, Trin-I-Tee 5:7, Mary Mary, Tonex, Ricky Dillard & New Generation, Deitrick Haddon & the Voices of Unity, Excelsior, and James Hall and Worship & Praise.
Restine Jackson & Grace has completed several successful appearances at the Gospel Music Workshop of America (GMWA) and the Gospel Announcers Guild (GAG). Their awesome performance before hundreds of gospel announcers and young people from all over the country, ensured that they would not soon be forgotten by all who saw them perform. This group is quickly gaining the admiration of many throughout the gospel music industry. Most recently, they have made their National Television debut on the Bobby Jones Gospel Show, receiving rave reviews.
Though he is only 29 years old, the Detroit native has attained many milestones in his musical career. Elder Jackson is a classically trained pianist, who began playing piano in his father's church at the age of 4 and has continued to excel in instrumental and vocal abilities. Being a gifted singer, songwriter, producer, music composer and choir director, Restine not only reads music, but also plays piano, organ, keyboards, drums, and guitar. At the age of 17, he won the Gold Medal in music composition at the NAACP's ACT-SO competition. His winning music composition was a musical score for a 30-piece orchestra. Restine has opened for Hezekiah Walker's Love Fellowship Choir by performing an instrumental piano selection and he has also appeared on BET Teen Summit Talent Show as the lead voice of the rap group Black Nitrogen. Elder Restine Jackson majors in Music Education at Morgan State University and has extensive experience in studio productions. Restine also founded and directed the Gospel Choir at Sherwood High School in Montgomery County, Maryland. Despite a busy recording and performance schedule, Restine also finds the time to be the Minister of Music at Covenant Point United Methodist Church and serves as Assistant Pastor to his father, Bishop Restine Jackson III, at Word of Grace Worship Center in Clinton, Maryland.