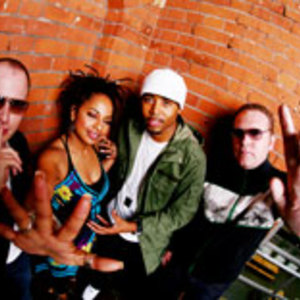 When ambitious young record store manager Oli Lazarus initiated his Reel People project back in 2000 he could only have dreamt of where those first tentative steps would lead him. Having immersed himself in the soulful house sounds of specialist record store Flying for the previous three years, Oli Lazurus had begun to feel that the musical education he had gained in-store was complete and that his tenure atthe shop was drawing to a natural end.

Gaining a passion for dancefloor grooves and a valuable experience of the musicindustry whilst working with the store's sister label Chillifunk, Lazurus decided his future lay in music production. His ideal was to lead a fully-formed live ensemble in the finest traditions of Maze and Rufus, but with no songwriting, performance or studioskills under his belt at that stage, his dream appeared to be almost unattainable.These seemingly insurmountable obstacles were however not going to get in the way.

Utilising the guidance of West London production don Phil Asher (Restless Soul), the talents of multi-instrumentalist Nathan Haines and the assistance of sometime Chilli Funk engineer Tom Davidson, Oli set about creating the project's first release. "Spiritual", later remixed by Jon Cutler and Seiji (Bugz In The Attic), found favour with some of London's finest underground DJs, and proved to be a turning point for Lazarus.

The record became the debut release on his own Papa Records imprint, a label set up initially for the purpose of releasing Reel People material, but which has since courted considerable success with tracks from DJ Spinna, Osunlade, Jon Cutler and Matthias Heilbronn amongst others.

Another single "Reeltime" soon followed and Reel People began to gain a reputation as a fresh new production outfit straddling the boundaries of house and broken beat.

During the course of auditioning musicians for studio sessions, Oli Lazarus came across the talents of Mike Patto, a gifted piano player who also expressed ability on both guitar and vocals. Despite being wholly dissimilar in their personalities, there
was an instant rapport between the pair, and a shared directness in their approach to work lead to Lazarus inviting Mike Patto to join Reel People as a permanent, fulltime member.

With many releases already to his credit, not least most of the Restless Soul catalogue to that point, Patto brought an invaluable compositional element to the outfit and at his insistence, they began a songwriting stint that was to shape the contents of their debut album

Working with Dyanna Fearon, a vocalist from the D-Influence stable, Reel People began to take shape as an actual band and not merely a studio-based outfit, with early collaborations such as "Butterflies", "Second Guess", "Washing Away" and "Back 2 Base" beginning to define the new sound of the ensemble. Additional contributions from vocalist Vanessa Freeman, and highly regarded producers Phil Asher, DJ Spinna plus Bugz In The Attic's Seiji and Afronaught strengthened the group's sound as they forged ahead with the intentions of producing a album the likes of which had not been witnessed since the soul laden 70s.

From the album sessions Reel People plucked two singles to precede the longplayer's release. The first of these, "Can't Stop", was recorded partially in New York with favoured vocalist Angela Johnson (Cooly's Hot Box) and proved to be a worldwide smash, delighting dancefloors from Manhattan to Manchester and Melbourne to set a template that remains unique to Reel People, as it attained an equal amount of respect from house DJs (for the remix) as the original mix did from leftfield DJs.

Performing "Can't Stop", "Butterflies" and "The Light" the band achieved their goals, dropping jaws across the whole audience, not least Simon Dunmore's at the Defected Records table.

A supporter of the Reel People singles issued up until that point, this was however to be Dunmore's first experience of the band performing live. A time-honoured soul aficionado he recognised the multi-faceted talents of the ensemble immediately, and having his interest in their album renewed, he approached Reel People with the intentions of realising the full potential of "Second Guess".

2005 sees Reel People about to re-release the gem that is "Second Guess". The Defected Records issue of the album contains three brand new tracks. Lead single "The Rain" features the vocals of Sharlene Hector (Basement Jaxx) and boasts remixes from Joey Negro and Rasmus Faber. Second single "In The Sun" is a wonderfullyadventurous, multi-layered dancefloor juggernaut and could quite possiblybe their best track to date. The new presentation is completed by a cover version ofthe Thelma Houston classic "You Used To Hold Me So Tight", the latter two tracks both recorded with vocalist Angela Johnson.

Reel People are once again set to take this marvellous album of unforgettable songs on the road, much to the delight of festival and club goers who have beencraving their return. In just five short years Oli Lazarus has realised that once distant dream, born at the counter of Flying Records. Although it has to be said that even this ambitious young man could not have dared to hope that, after such a short tenure, he would be at the helm of the UK's best live soul outfit, and one with a songwriting and production reputation to match Following this, the debut album's title track "Second Guess" was issued as a single and just several weeks afterwards the completed collection was unleashed upon the world.

A brilliant star amongst a sea of half-hearted dance albums, "Second Guess" was a unique collection in that it combined traditional song-based and musician-led material in a format that would be embraced on the heart of the dancefloor. The critics raved, the DJs salivated and what readily became described as "the best British dance album in years" brought much warranted attention to the group.

Several months overdue and countless ?s over budget, the impetus now lay with the album's promotion. Luckily, having already established a relationship with a fine set of musicians during the recording process, the Reel People live band was almost fully formed and ready to take out on the road.

Centred around the core of Oli, Mike and Vanessa Freeman on vocals, guitarist Leon Stenning and Scott Baylis (trumpet, keys) were added to the mix and using a series of expert rhythm sections, the band embarked on a string of worldwide live dates.
From knockout appearances at London's Cargo and Jazz Caf? venues, Band On The all in Manchester, Southport Weekender,V Festival and Tokyo Jazz Festival, Reel People established a reputation for superb musicianship and expert crowd motivation.

Support for the album gained momentum, and indeed the shows lead to the band being signed by Columbia Records in Japan, but having exhausted all of Papa's funds on the extended recording process, there was little anyone could do to promote "Second Guess" outside of the band's show-stopping live performances.

An opportunity presented itself for the band to perform at the 2004 House Music Awards in London, where they had been nominated in several categories, and seizing the opportunity to play in front of the dance industry's movers and shakers the band set out to bring the house down.

Seven Ways To Wonder (The Remixes)