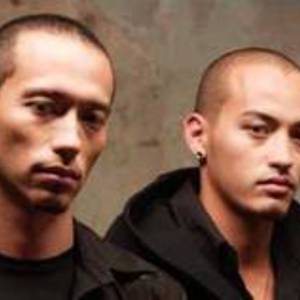 There are three artists with this name: (1) Hailing from Birmingham in the UK Redline's debut album ?Ignition' in 2007 , received fantastic reviews from music press across the globe and a remastered 'King Of The Mountain' taken from the album, has become the "Official Anthem" for the greatest motorcycle road race in the world, the Isle of Man TT. The track has been featured on every TT 2009 program and these programs will be syndicated to over 33 countries Worldwide.

(1) Hailing from Birmingham in the UK Redline's debut album ?Ignition' in 2007 , received fantastic reviews from music press across the globe and a remastered 'King Of The Mountain' taken from the album, has become the "Official Anthem" for the greatest motorcycle road race in the world, the Isle of Man TT.
The track has been featured on every TT 2009 program and these programs will be syndicated to over 33 countries Worldwide. Fan response to this and new tracks for the next album 'Relentless Authority' have been very well received and the band are busy with promotion work.

REDLINE opened up their live account by playing at The Ink & Iron Festival at The Carling Academy Birmingham and were subsequently invited to play at the MCN/Kerrang Live Festival. From there the band went on to play at the prestigious HARD ROCK HELL festival alongside such great names as UFO, SAXON, GMT, TESLA and TWISTED SISTER, a tremendous event, a fantastic crowd, REDLINE's set went down a storm and lot of new fans & friends were made. Recently REDLINE have supported Raven who were over from the States on a rare British tour and were privileged to be asked to play The Nick Aid Festival at The Asylum. The band also recently went down a storm at the Z-Rock 2009 Festival, playing alongside the likes of JOHN WAITE and DAN REED.
The band recently announced that they are now a five piece with the exceptional vocal talents of frontman, Kez Taylor... and Steve Petty, an exciting guitarist who's bringing his own brand of power to the mix. A powerhouse of a show is the result together with song after song of lethal Classic Rock.

REDLINE are currently negotiating slots on festivals for 2009 and lining up gigs to promote material for their next album 'Relentless Authority' - check site and press for details soon.

Meanwhile 'Ignition' has been picking up a lot of radio play both here and in America, Europe and Japan. The album has and is available from the band's website and via iTUNES etc. It is also available via various distributors and record shops in America and Europe. Ignition is available to buy online from REDLINE's websites See Band Website for full details and links.
REDLINE continue to go from strength to strength and represent all that's best in British Nu-Classic Rock.
Accept no substitutes!

(2)Since their formation in 1997, Redline has committed themselves to making the heaviest, most aggressive music possible. Redline combines the brutality of New Jersey hard-core with the darkness of metal and creates their own unique style. Over the last few months Redline has locked themselves in the studio, working on their upcoming CD "Portrait of a Mirror Image" as a long awaited follow up to their last full length release ? Moments of Truth?. This record will bring Redline to a new level and set them apart from the rest of the pack, proving to the world that Redline is here to stay.

*Redline broke up in 2004 after recording their final album "Portrait of a Mirror Image".

(3) Seven years ago Chris Yong was lead guitar for Tadpole, playing tracks from their double platinum debut album Buddhafinger to large audiences across Australasia and supporting the likes of Killing Heidi, Living End, Placebo, Live and Sugar Ray and Regurgitator.

He left the band in 2003 and discussed the possibility of starting his own band with brother and drummer, Richard. ?We had a jam together and it just felt good,? says Chris. The pair officially formed redline six months later, with Chris stepping into the frontman role as vocalist.

Once joined by guitarist Craig Broadbridge and bassist Nick Gregory, the band was ready to develop a distinctive brand of rock metal that ?forces itself out of its comfort zone, pushes its own limits,? says Chris of the distorted guitars, loud drums and heavy bass. Success came quickly for the band, who have already opened for Evanescence and Disturbed, played at the inaugural Metal Day Out Festival, as well as supporting Blindspott and The Bleeders. Their video for Time After Time was also nominated for best independent music video at the 2005 Juice TV Music Awards.

Their eagerly awaited self-funded Record, Trapped Inside, redline establishes itself as one of New Zealand's most progressive rock metal bands. It was produced and engineered by Paul Matthews, (Blindspott, Stylus, OpShop); mixed by Kenny MacDonald (former producer for Texas and The Proclaimers) and mastered by well known alternative Swedish producer Pelle Henricsson (Poison The Well, Refused) at Tonteknik Recordings.