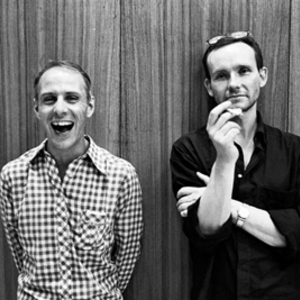 Formed at the Documenta'97, Rechenzentrum search for new processes of music/moving image production, while refining forms of presentation which create on-stage dialogue between audio and video. At the outset of Rechenzentrum they decided and defined their project as a "band" in which audio and video are equally important; they use video as an instrument, and treat music visually. Animations, quicktime movies and DVDs are integral components of finished work, not bonuses or enhancements.

They release material in numerous formats, testing the possibilities and limitations of each, often involving cooperations with artists based in other media/genres. Rechenzentrum sometimes work with choreographers and dancers, the projected moving image being the only source of light on stage, all sound derived from live intervention.

It is important for them to break down borders of context, playing in museums, new music festivals etc, but also within the various club-scenes, underground cultures etc. from the Museum Ludwig in K?ln to Hongkong's legendary "Chemical Suzie" den.

Rechenzentrum use computers and digital devices, but see them ultimately as a tool & vehicle for realizing & expressing our musical and filmic desires, not as a lifestyle device to be worshipped, not as a method and certainly not as a friend.

One initial reason for them to start working together was that it seemed no-one was releasing the kind of music they wanted to hear or the video they wanted to see, or combinied them in innovative and appealing ways; so they set out to create it.
The parametres of live performances - (improvisational, sometimes irritating, sometimes melancholic, from pleasing to aggressive) are the same that their whole project is based upon, an ever evolving, organic from.