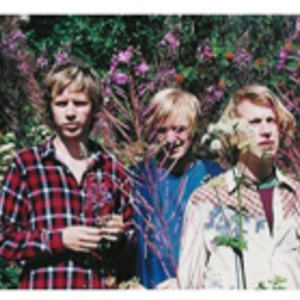 Real Ones performs a very distinct indie/folk style of music likened to Wilco and The Band, and is what you can call a "genuine band" - friends who grew up together and played music together since their youth. Even though the band members are only in their mid-twenties Real Ones has existed for 11 years, and has after all this time gained a reputation on the Northern European indie scene as one of the most ballistic live acts.

The band consists of 5 members who play several acoustic instruments each in a very rhythmical style. Inspired by everything from African music to country - with strong references to 60's pop, folk and psychedelia - the result is a unique type of acoustic music. Real Ones has a knack for beautifully unconventional compositions that make them a must for fans of smart songwriting. This rock ensemble can woo you with 3 part harmonies yet take you to the top with edgy instrumentation and advanced rhythms.

Combining psychedelic folk, mbaqanga or chinese sounds with organic rock chemistry, Real Ones creates music that is difficult to describe, and yet resonates with a rare sense of familiarity.

(2) There was also a ripping, early-green-day-on-speed (but still just as stoned) Real Ones who hailed from the Edmond, Oklahoma scene during the late 90s. They released a 10 track demo tape, which is a must have for any Okie punk.

Home With The Girls In The Morning