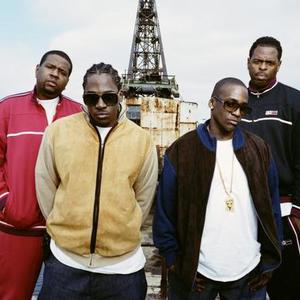 The Re-Up Gang was created in early 2004, during Clipse's long hiatus between their first and second albums. The group includes Clipse themselves, as well as long-time friend Ab-Liva of Major Figgas and Sandman. Pusha-T is credited with founding the group, and was responsible for enlisting the help of mixtape DJ Clinton Sparks to put together their first mixtape in an ongoing series, We Got It 4 Cheap: Vol. 1.

The group is signed to Clipse's own record label imprint, Re-Up Records. While a Re-Up Gang album is planned, no specifics have been released due to Clipse's own legal issues with Jive Records

The group recently created a website that keeps up to date with what is going on in the group. The website is reupgangrecords.net