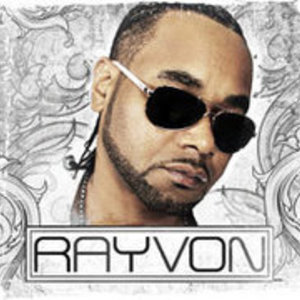 With a voice that's at once throaty and velvety, Rayvon is a major figure in the world of reggae, and one of the biggest musical draws around the globe. Having toured almost constantly since the late ?90s, dazzling crowds in such far-flung locales as the Caribbean, Japan, Australia, Europe and the United States, the charismatic crossover star has systematically cultivated a diverse, devoted and frenzied fan base. Now Rayvon is preparing to release a new solo single and CD, as well as debut a new record label, GTC Entertainment.

Performing besides his Grammy-winning partner-in-crime, Shaggy, Rayvon kept the planet partying with international hits like ?Summertime,? ?Big Up?( which coined a popular phrase), and ?Angel? (which rose to No. 1 on the Billboard 100). His own singles ? including ?No Guns, No Murder,? ?Stallion Ride? and ?Hear My Cry?? helped to further reinforce his steadily-burgeoning stardom.
Indeed, while Shaggy kicked doors open for Rayvon, only real talent could have kept them from closing. And as a new decade dawns, Rayvon is gearing up to make another massive impact on the game with the launch GTC Entertainment. Leading the new assault is ?Back it Up,? a hard-edged pulsating groove that will have guys jumping and ladies gyrating.
?My intention was to hit my fans with a real party anthem ,? says Rayvon. ?'Back It Up'? is a song that, when you're in the club, you're gonna want to get up and dance when it comes on. It's something people who want to have a good time will automatically latch on to.?
Rayvon's new as-yet-untitled full-length, due later this year, will include ?Back it Up? and feature production from Salaam Remi, White Bread and others. Rayvon promises that the album will feed his universal appeal as it maintains his deep dancehall roots.
?It will be a combination of reggae, hip-hop and pop music,? he explains. ?I'm singing on it and I'm chatting too. It's party music, music to drive to, sounds to chill with: It's happy and feel-good with social consciousness and a good sense of fun.?
Born Bruce Brewster, Rayvon moved from Barbados to the Flatbush section of Brooklyn when he was 12. In New York he almost immediately delved into the worlds of dancehall and rap. ?Despite being from Barbados, I've always gravitated to reggae and hip hop,? he recalls.
Rayvon spent his high school years as a turntablist and emcee, before working at perfecting his dancehall style. A chance meeting with another aspiring reggae artist, Orville ?Shaggy? Burrell, occurred in 1988, at a Flatbush recording studio ? and the rest, as they say, was history. ?We were there to record separately, but we started talking and things clicked, so the producer asked us to record one track as a combination, Rayvon remembers. ?The vibe was there immediately, so we just took that and ran with it.?
Later, the pair linked up with beat master Sting Int'l, who produced "Big Up," which propelled the duo to ever higher levels of exposure while coining a popular phrase. More strong songs followed, and Rayvon and Shaggy took the opportunity to tour. "At that time I was working for UPS," Rayvon remembers. "One day I got an offer to do a two-week tour and I'd used up all my sick leave and vacation days. So I took a formal leave of absence from the job and I still haven't returned.?
Rayvon first solo, "No Guns No Murder," produced by Frankie Cutlass and Funkmaster Flex, was a summer smash. The cut caught the ear of Virgin Records (who at the time listed Shaggy on their roster) and Rayvon landed his own solo recording contract. His debut album, Hear My Cry introduced listeners to Rayvon's versatility, blending hip-hop, dancehall and traditional reggae styles. Fans embraced such songs as "Stallion Ride" and "Pretty."
A second solo set, My Bad, followed. It included the tracks "Playboy Bunny," "In the Wintertime" and "Do You Wanna Ride."
Though Rayvon will still be rocking with ?Mr. Boombastic?, it's time now for him to showcase what he's learned from his extensive career and catalogue. ?A lot of people might know the songs with Shaggy but they might not know my history and all that I'm about,? he says. ?I'm ready and show and prove!?
# # #