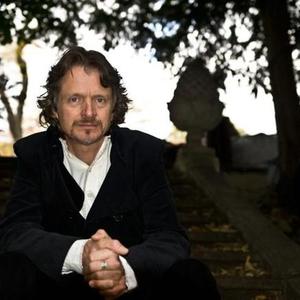 Ray Cooper is the name of at least two artists: 1. Ray Cooper (born 19 August 1942) is an English musician. He is a session and road-tour percussionist, and occasional actor, who has worked with Pink Floyd, Sting, George Harrison, Eric Clapton, and Elton John. Life and career Cooper was born in Watford, Hertfordshire. His recording career started in the 1960s, recording with The Who, among others, and is still going strong.

1. Ray Cooper (born 19 August 1942) is an English musician. He is a session and road-tour percussionist, and occasional actor, who has worked with Pink Floyd, Sting, George Harrison, Eric Clapton, and Elton John.

Cooper was born in Watford, Hertfordshire. His recording career started in the 1960s, recording with The Who, among others, and is still going strong. Among his early jobs were America, Carly Simon, David Essex, Blue Mink. Most notable was his work with Elton John, for whom he played on most of his 1970s albums. He had also played on Nicky Hopkins' 1973 solo album.

Cooper had a short stint with The Rolling Stones playing percussion for their 1974 It's Only Rock'n Roll album. Later in that decade he recorded with George Harrison, Bryan Ferry, Wings and Art Garfunkel among others. Since then he has recorded with Paul McCartney and Elton John again, Ringo Starr, Eric Clapton, Pink Floyd, Mark Knopfler, Roger Waters, The Traveling Wilburys, Maynard Ferguson and Ravi Shankar among others.

In the late 1970s Cooper toured with Elton John as a duo in which the singer/pianist would play a solo set and then be joined by Cooper on percussion for the second half. The tour included concerts in Russia (1979), and in the course of the tour Cooper became a favorite with Elton John fans for his expressive energy and intuitive accompaniment. Fans showed up with signs for Cooper at some concerts. The success of the "Solo" tour with Elton John was repeated in the mid-90s when he and Elton John brought their two man show to a new generation in the United States. During that time, Cooper was also featured as part of a Disney Channel concert telecast, A Special Evening With Elton John, recorded September 1994 at the Greek Theater in Los Angeles. Most recently, Cooper reunited with Elton John in the autumn of 2009.

Ray Cooper's relationship with the Rolling Stones continued into the 1980s. In 1981, Cooper contributed to Bill Wyman's third solo album. In 1983, he participated in a short tour for the Ronnie Lane ARMS Charity Concert along with Eric Clapton, Jimmy Page, Jeff Beck and other stars (including Bill Wyman and Charlie Watts). Cooper showed up on Christine McVie's self-titled solo album in 1984. In 1985, Cooper appeared on both Mick Jagger's She's the Boss album and Bill Wyman's Willie & The Poor Boys. In 1997, he guested this time, with Bill Wyman's Rhythm Kings for Struttin' Our Stuff.

Notable is his percussion playing in the 1992 Eric Clapton Unplugged performance as well as playing in the 2002 Concert for George, a tribute to deceased former Beatle George Harrison (he also served as a producer of the film). In 1997 he performed at the Music for Montserrat concert and can be seen in the DVD of the event. He also contributed to the tribute concert for Jim Capaldi in January 2007.

He has also worked in films, playing small roles such as the preacher in Robert Altman's feature film Popeye (1980) starring Robin Williams and Shelley Duvall. He has also produced and performed music in several of Terry Gilliam's productions, appearing on-screen in quirky roles like the technician who swats the beetle at the beginning of Gilliam's 1985 film Brazil and as the functionary whispering in the ear of Jonathan Pryce's Right Ordinary Horatio Jackson character in 1989's The Adventures of Baron Munchausen.

The role of Albert Arthur Moxey in the hit television series Auf Wiedersehen Pet was written for Cooper by friends Dick Clement and Ian La Frenais, with the character originally being conceived as an Irishman, after Cooper expressed an interest in becoming an actor. The role was however given to Christopher Fairbank, who opted to play him as a scouser, due to Cooper being unable to make it to the audition. The character of Moxey was given only limited lines and screentime in the first series of "Pet" due to Cooper's acting inexperience.