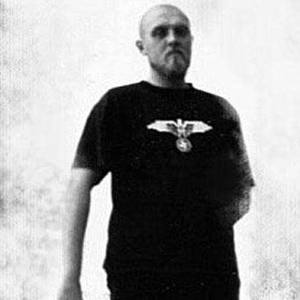 Raven Dark is a part of the Blazebirth Hall circle hailing from Russia and is the project of Ulv Gegner Irminsson with contributions by Kaldrad (Branikald). In 2000 Ulv decided to abandon Raven Dark and work on a new project called Wotansjolv, which is as yet unreleased. Ulv also contributed to other Blazebirth Hall bands, namely Vargleide and Forest and also formed a band outside the circle known as Velimor.

On the tragic night of October 23rd 2005 Ulv Gegner Irminsson was stabbed to death by an anti NS fanatic and Raven Dark was over forever. Future plans by Stellar Winter records to honour Ulv's memory include releases of up to now unavailable early demos from Raven Dark and possible releases of Asagott which is the name Ulv later changed Raven Dark to.