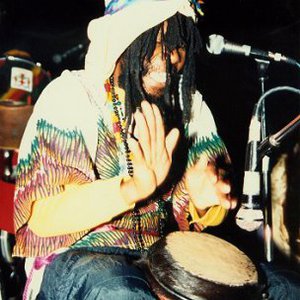 (also known as Dadawah) is a famous Jamaican reggae singer and Nyabinghi specialist, born Michael George Henry in Kingston, Jamaica in 1943. In the 1960s he worked at Coxsone Dodd's legendary Studio One as a session musician and released a number of singles. He was the first member of the Rastafari movement to have a reggae radio program in Jamaica ("The Lion of Judah Radio" program first aired in 1967). His band is called The Sons of Negus and are known for their drumming. He performed with Bob Marley at the One Love Peace Concert in Jamaica in 1978.

In addition to acting as an evangelist, ambassador and diplomat for the Ethiopian Orthodox Tawahido Church internationally, Ras Michael is one of the founders and president of the Rastafarian International/Marcus Garvey Culture Center in Los Angeles, and the Fly Away Culture Center in Kingston, Jamaica. Currently lives in California.