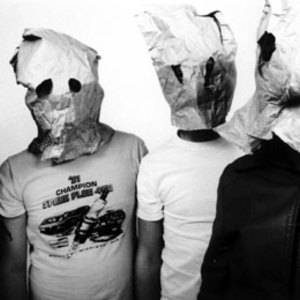 1) Randy are a punk rock band from Hortlax, Sweden, formed in 1992. They are inspired by older punk bands as The Misfits and Ramones. So far, they have released six albums. The latest album is called Randy the Band. Randy have been dropped from their previous label burning heart records - popular punk label based in Sweden, and are currently seeking a new label. ------------ Real bands are hard to find nowadays, but Randy is definitely the real deal. When members in other bands happily avoid each other after a long tour, Randy go on vacation together.

Randy have been dropped from their previous label burning heart records - popular punk label based in Sweden, and are currently seeking a new label.

------------
Real bands are hard to find nowadays, but Randy is definitely the real deal. When members in other bands happily avoid each other after a long tour, Randy go on vacation together. They are their own family, their own subculture that would take a sociologist (or a psychologist) months to examine. That's why the title of their new, sixth album is a well chosen one ? "Randy the Band".

Randy is a band in the way that you can only be if you have grown up in a no-hope small-town and played together since childhood. This has brought them the knowledge that nothing comes for free, and an ?us versus them?-attitude that is still intact after all the years. Together they have walked the long road, from the DIY-gigs at the youth-centers in the north of Sweden, to becoming a well-renowned name in punk circles all over the world.

Last year they played the Hultsfred festival, Sweden's most important musical event, for the fifth (!) year in a row. It's something that few bands can compete with, and says a lot about the status that Randy has achieved over the years in their native country. Even though they have never gone gold or platinum they have an immaculate reputation as performers. The Swedish national radio, P3, knew that when they nominated Randy for the prestigious ?The Golden Michrophone?-award for best live-act in 2004. The same year they also got nominated for a Swedish Grammy in the category of ?Best rock?, and also got another nomination for ?Best live-act? at the independent Manifest-awards. They also got their first hit on Swedish radio, with ?X-ray Eyes?, a song that was featured in the Swedish blockbuster movie ?Smala Sussie?. As if all this wasn't enough, they also recorded the song ?Don't Let your Babies grow up to Be Punkrockers?, featuring longtime Randy-fan Fat Mike from NoFx on vocals.

They also continued to prove that they are one of the hardest working bands in showbiz, touring all over the map and doing several prestigious dates with bands like NoFx and Bad Religion. They also visited Japan for the first time and did their first real US tour, in the company of Hot Water Music and Bouncing Souls.

On ?Randy the Band?, Randy shows their most melodic side. The aggressivity from the last album, ?Welfare Problems? has been put aside to some extent, in favour of self-adhesive sing-along-choruses in typical Randy-fashion. ?Razorblade?, ?Bahnhof Zoo? and ?Punk Rock High? are classic examples of high quality punk-pop, where singer Stefan Granberg has perfected his not only his song writing but also his tongue-in-cheek reflections of every day life. But most of all the record is a tribute to the band itself, and a tribute to the romantic feeling of being involved in a holy mission against the rest of the world.

?The boys and me got some history/We?re a mystery/We?re still getting it on/Writing our songs/And still do everything that we can/sticking it to the man?.

?Randy has always been around and will probably always be around?, Stefan once said at a concert. Reassuring words, and if they continue to glow like this they are more than welcome to keep on delivering albums another twenty years.

2) Traditional Heavy Metal band from Danmark.Released just one single "Shadows Are Falling" back in 1986.

Can't Keep A Good Band Down

The Rest Is Silence