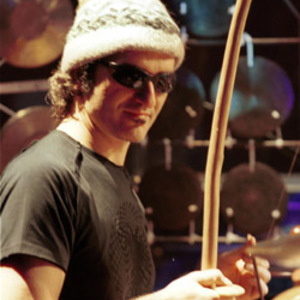 Ramiro Musotto (born in Argentina) is known for his exceptional and innovative work on the Berimbau, a single-string percussion instrument (a musical bow) which often used in Capoeira (a brazilian folk art that ritualizes movement from martial arts, games, and dance). He was influenced by Nan&aacute; Vasconcelos when he was teenager. He moved to Bahia, Brazil in his early 20s to perfect his technique in playing the Berimbau.

He also started to play at Carnival Team of Bahia which Carlinhos Brown was one of percussionist. Ramiro's debut 2003 release Sudaka, was a gathering between Amazon Indian chant field recordings, Afro- Brazilian Candombl? spirit rituals, the call of an Argentinean urban street vendor, and Musotto's own urbanized electronic beats.