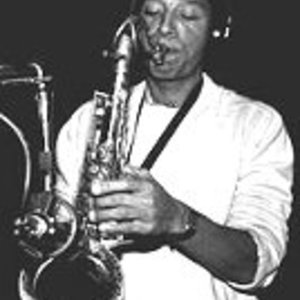 Ralph Moore was born in London, England and grew up in a crowded inner city area. He evinced no particular musical interest until his mother bought him a trumpet when he was 13. Ralph studied with the late Alan Briggs, a local musician, in Brixton, and was soon sitting in with pub bands. Briggs had a tenor sax and Ralph fell in love with the look of the instrument. He soon made the switch and quickly mastered the saxophone.

In 1972 he moved to California to live with his American father, and graduated from Santa Maria High School where he played in the jazz orchestra and collected several music awards. In 1975 he enrolled at Berklee College of Music, where he studied with saxophonist Andy McGhee, and three years later received the Lenny Johnson Memorial Award for outstanding musicianship from the college.

He was launched on a professional career with a tour of Scandinavia, and later joined Frank Quintero for recording and a tour of South America. He moved to New York City in 1981 and within two months had joined the Horace Silver Quintet for an association that lasted four years and included tours of Europe and Japan. Subsequently, Ralph has worked with the quartet of drummer Roy Haynes, Charles Mingus Dynasty and, most recently, trumpeter Freddie Hubbard. In the summer of 1987 he was preparing for another extensive overseas tour with Dizzy Gillespie's Reunion Big Band. On record he has already been heard with guitarist Kevin Eubanks, pianist Bill Mays, trumpeters Valery Ponomarev, Freddie Hubbard, and Roy Hargrove, Horace Silver, and, perhaps most significantly, with trombonist Jimmy Knepper on Dream Dancing (album). He is also featured on the Brian Lynch Sextet (album).

Ralph has stayed rather quiet since 1996 and hasn't commercially released any material or appeared on any recording sessions since 1999.

The Sound of Christmas